Want to make like Marco Polo and explore some of the Silk Road? To help you start planning your voyage along this ancient trade route, we’ve compiled a list of our top destinations.

Despite its name, the Silk Road was in fact a network of countless roads, transporting different goods, ideas and people all across Asia. It’s no exaggeration that it helped lay the foundations for the modern world, by connecting China, Central Asia and Europe.

From its eastern terminus in the ancient Chinese capital of Chang’an – modern-day Xi’an – a mighty ribbon of routes coursed westward, through inhospitable desert, over snowbound mountain passes and vast central Asian steppe land, before reaching the eastern coast of the Mediterranean.

This is the route that Marco Polo took on his epic voyages across Eurasia, and now it’s your turn. Luckily it’s the 21st century and you don’t have to go it alone. On our Silk Road journeys, a local AsiaTravel guide will be with every step of the way, helping you connect with real people and experiences in an authentic and unforgettable way. Here’s how we help you make the most of your journey along this ancient trading route. 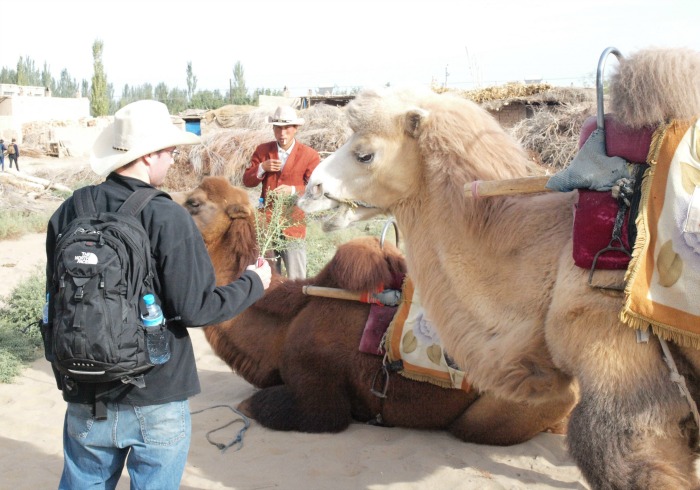 Xi’an: Gateway to the Silk Road

This was where it all began, the capital of Chinese civilization for its first millennia. The city’s ancient walls and narrow streets hark back to a time when it was a hub of cultural, religious, and economic interaction between East and West.

The Muslim Quarter is at the heart of the city’s Chinese-Muslim fusion, and Middle Eastern aromas waft throughout its tightly knit alleyways. Must-tries include lamb kebabs, mutton and bread stew as well as rou jiamo – China’s answer to the hamburger. All of our AsiaTravel Xi’an guides grew up locally so they will know where is best to stop and what delectable dishes to try. 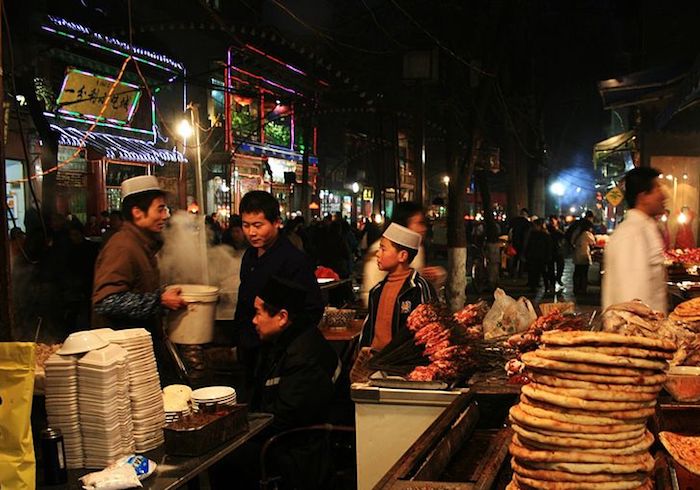 At nighttime, the Muslim Quarter becomes a melting pot of exciting colors, sounds and sights. Visitors can put their bargaining skills to the test with local Hui Muslim merchants and then grab some sizzling local snacks.

After you’ve filled up on local cuisine, escape to an oasis of calm at the Grand Mosque, which sports a fascinating blend of Arab influences alongside Chinese characteristics. Time permitting, AsiaTravel will arrange for you to join in on the daily prayers of the local people and meet with the imam, the leader of the prayers.

If you want to be led by an experienced local guide on a trip that is customized to fit your needs, consider planning a Xi’an Warriors and Emperors tour.

Dunhuang is a prosperous oasis town on the edge of the Gobi Desert. Its name literally means ‘blazing beacon’ because it was once situated at a crossroads between Chinese civilization and the perilous, ungoverned lands that lay beyond.

One of the best ways to feel the essence of the Silk Road is by riding its main vehicle – the camel train – into the Gobi desert. On camelback, visitors can scale 300-meter sand dunes named the “rumbling sands”, and listen to them roar in the wind. Then watch the sun set over Crescent Moon Lake, a fresh water oasis thought to have existed for over 2,000 years. 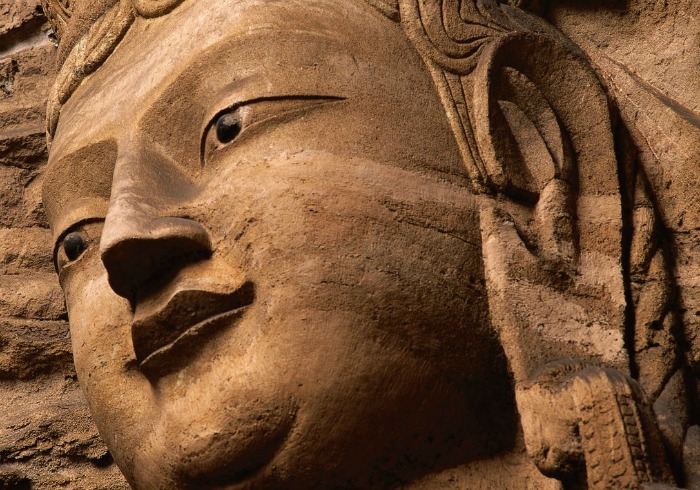 Located just 25km from Dunhuang city, the countless frescoes, sculptures and terracotta statues that fill the Mogao Caves make up the world’s biggest collection of Buddhist art. What remains today is outstanding, and history lovers can trace the development of the Silk Road from 400AD as they move between the caves.

As always, when you travel with AsiaTravel you’ll do Dunhuang the VIP way. Enjoy private access to caves normally closed to the public accompanied by AsiaTravel Expert Director Wang, the director of the Dunhuang Academy. This experience is sure to sing to the archaeologist and adventurer in you.

Turpan is located in one of the driest places on earth, however, the city’s ideal position along the Silk Road turned it into a thriving desert outpost, and today it is peppered with fascinating historical relics.

The Flaming Mountains are a range of scorched peaks on the edge of the Taklimakan Desert. Here temperatures can climb to a blistering 160 degrees Farhenheit during summer time, giving the region the “death valley” title it is famous for. 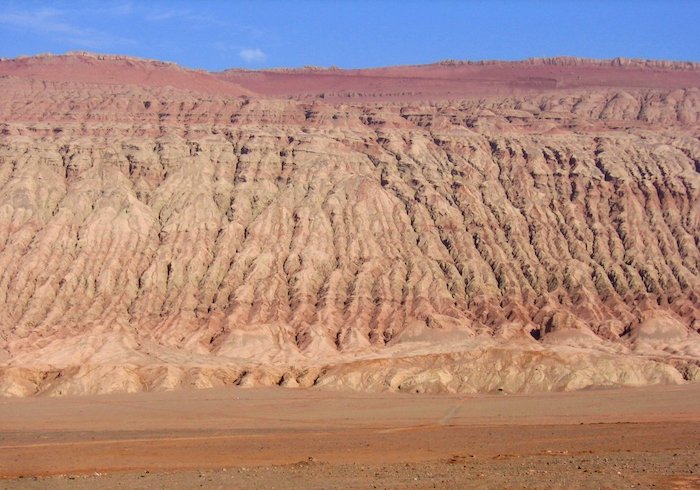 In Turpan you can discover the Karez System, an ingenious method of irrigation that locals used to bring water and prosperity to this once-barren region. Through deep underground canals, the downward flow of groundwater into the Turpan depression could be harnessed, which was then used to create the city’s famed fruit orchards. It quite literally made the desert bloom and a lot of the system is still in use today.

This region is the heartland of the Uighurs, a 10-million-strong group of ethnically Turkic people, many of whom follow Islam, and continue to follow their unique cultural traditions.

If you travel with AsiaTravel, we’ll invite you into a local Uighur household where you can taste the region’s signature juicy grapes. That’ll be sure to quench your thirst after a long day out in China’s Death Valley. Get to know more about Turpan with our guide, Five Things to do in Turpan.

Kashgar: the Silk Road Lives On

Kashgar is China’s westernmost city, and with a look and feel so similar to central Asia that you may wonder if you’re in China at all. It was even used as a stand-in for Kabul during the filming of “The Kite Runner”.

Here visitors can get lost in the fast-disappearing Old Town, a maze of tight alleyways, chancing upon Uighur workshops and 500-year-old mud brick dwellings. 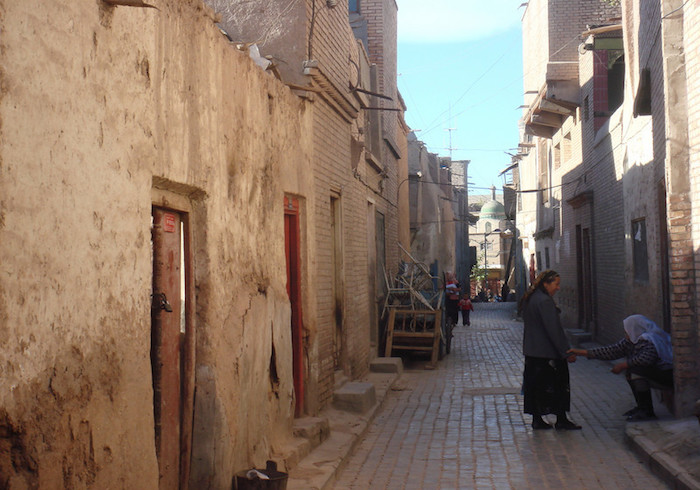 A riot of sounds and smells can be found at the Sunday Market, which sees hordes of traders descend upon the town, to haggle over seemingly anything with four legs – camels, donkeys, sheep, cows or horses.

Our expert, local guides are the perfect companion as you wander down these ancient alleyways. They’ll be able to introduce you to the local people, strike up spontaneous conversations, and barter for rare Xinjiang carpets.

Trade continues to thrive in Kashgar today, as it has in centuries past, and visiting here feels as if the Silk Road lives on.

Feel the weight of history as you follow in the footsteps of that legendary European adventurer, exploring the multicultural mosaic of people and awe-inspiring landscapes along Marco Polo’s Silk Road tour.