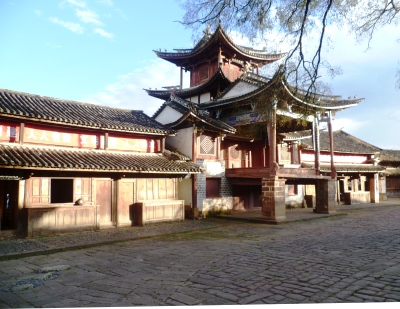 Teeming with geographical, ethnic and biological diversity – plus some of the best food in China – Yunnan has always been one of our most popular destinations.

The charming small towns of Lijiang, Dali, Jinghong and Shangri-la and the Naxi, Bai, Yi, Dai, Hani and Tibetans who live there have provided our clients with unforgettable travel experiences and new insights into China.

These popular places aside, Yunnan is brimming with countless lesser-known destinations that are also well worth a visit. One of our favorites is the former trading outpost of Shaxi in Yunnan’s northwest.

Blessed with blue skies, sunshine and cool breezes year-round and located in a verdant mountain valley with no airport, tall buildings, car traffic or noticeable pollution, Shaxi is almost too good to be true.

For centuries Shaxi was a busy trade hub linking the Yunnan and Tibet portions of the Ancient Tea and Horse Caravan route. Traders coming up from the south on the route would bring tea, cloth, alkali and daily necessities, while Tibetans would bring yak furs and traditional medicines.

In addition to being a convenient halfway point for Yunnanese and Tibetan traders, Shaxi also had an important commodity of its own: salt from the nearby Misha salt wells.

The majority of Shaxi’s residents belong to the Bai ethnic group, who are known for their hospitality and their green thumbs. When the caravans were passing through town, it was not uncommon to see the different faces and costumes of the Yi, Lisu, Han, Naxi, Hui and Tibetan ethnic groups, especially in Shaxi’s main square, where goods were sold.

The caravans could have as many as 40 or 50 animals, mostly mules with some horses. Just as important were the muleteers, who were usually responsible for 10 animals.

The caravan routes died out around 60 years ago, eliminating the main source of revenue for the economy that had thrived in Shaxi. The town reverted to reliance upon agrarianism and has passed the decades quietly, missing out on benefits – and drawbacks – that other Chinese cities have experienced since the late 1970s.

Now, just as quietly, Shaxi is experiencing a renaissance of sorts through tourism. The local government has spent quite a bit of funds on cleaning up the old town for visitors and has done a surprisingly good job of it. 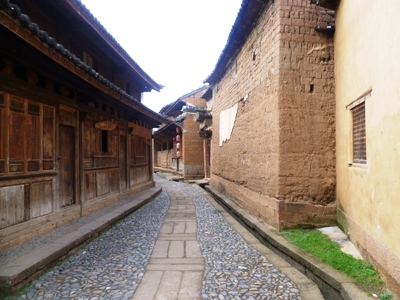 Without any advertisements, few shops and no cars, plus several dozen well-preserved old Bai homes, in many ways Shaxi feels frozen in time.

That’s not to say that there’s nothing in the old town, there is a small handful of cafes and restaurants there, as well as one of our favorite new boutique hotels in Yunnan, Laomadian.

Laomadian is a compound of several old Bai homes that has been tastefully renovated by A Fang, an extremely welcoming Taiwanese woman who has long been interested in the history and cultures of northwest Yunnan. 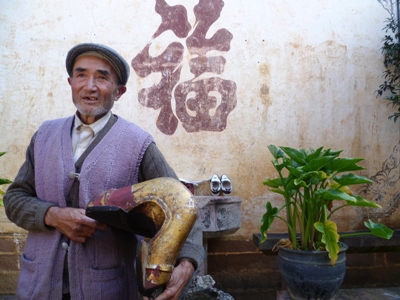 Just a few doors up from Laomadian is the courtyard home of Ouyang Shengxian, a 70-year-old Bai man whose father and grandfather were some of the last of the muleteers.

We spoke with Ouyang on a recent sunny Shaxi morning in his 100-year-old home, where he recalled the days of visiting caravans for us. As he told us stories of the old days, with visitors from afar and banditry, we felt extremely fortunate to be able to sit down with a man who is truly a link to a bygone era.

The history and people of Shaxi alone make a visit worthwhile, but there are also plenty of natural attractions. 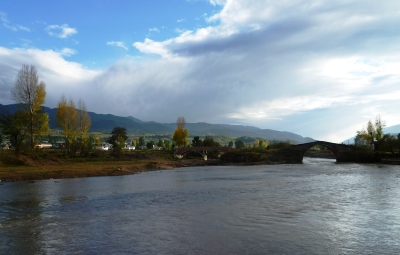 The crystal-clear Heihui River flows just outside the old town, with paths on both sides that are ideal for strolls in the sunshine. There are several photogenic bridges along the river and several small towns dotting the valley.

Up in the hills surrounding the valley, there are plentiful hiking options. If you have the time, we highly recommend any of the two- or three-day treks in the hills, which will take you through several Yi villages.

If you’re shorter on time, Shibao Mountain is a great place to spend a morning or afternoon before hiking back downhill to Shaxi. The mountain is home to Buddhist grottoes that miraculously survived the destruction of the Cultural Revolution and are some of the most important artifacts connected to the spread of Buddhism into China from India via Tibet. These grottoes are highly treasured – visitors are not allowed to take any photos of them.

Interestingly, there is also a large indentation in the stone near the grottoes that locals say resembles a human vagina. It is a tradition for pregnant women from around the valley to pray to it with the hope that they have a smooth delivery. 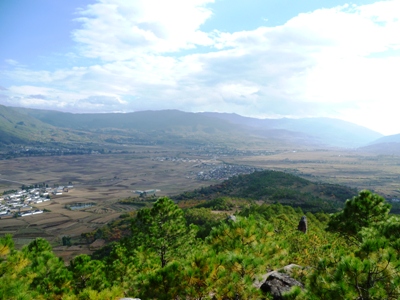 After checking out the grottoes on Shibao Mountain, we hit one of the trails that leads back down to Shaxi and the surrounding valley. We scanned from one end of the valley to the other and were unable to see a crane or any other construction – this is nearly impossible in today’s China.

Work is underway on a new highway that will make Shaxi more accessible to the outside world – all the reason to visit Shaxi sooner rather than later. The local government has declared its dedication to sustainable development and is working with international NGOs to that end. We hope that for their sake, and the world’s, they can manage to preserve Shaxi’s pristine beauty for generations to come.