The following post is an excerpt from Catherine Bodry, a writer for AOL’s Gadling Travel Blog.

Gadling’s last stop on Yunnan’s ancient tea horse road was Shangri-la, China, a high-altitude Tibetan city named after the mythical town in John Hilton’s “Lost Horizon.” Full of snapping prayer flags in high-altitude sunlight, the town has only been called Shangri-la since 2001, when a successful marketing venture changed its name from Zhongdian to appeal to adventure-seekers. Most Chinese still refer to it as Zhongdian, though it’s worth noting that its Tibetan name is Gyalthang. 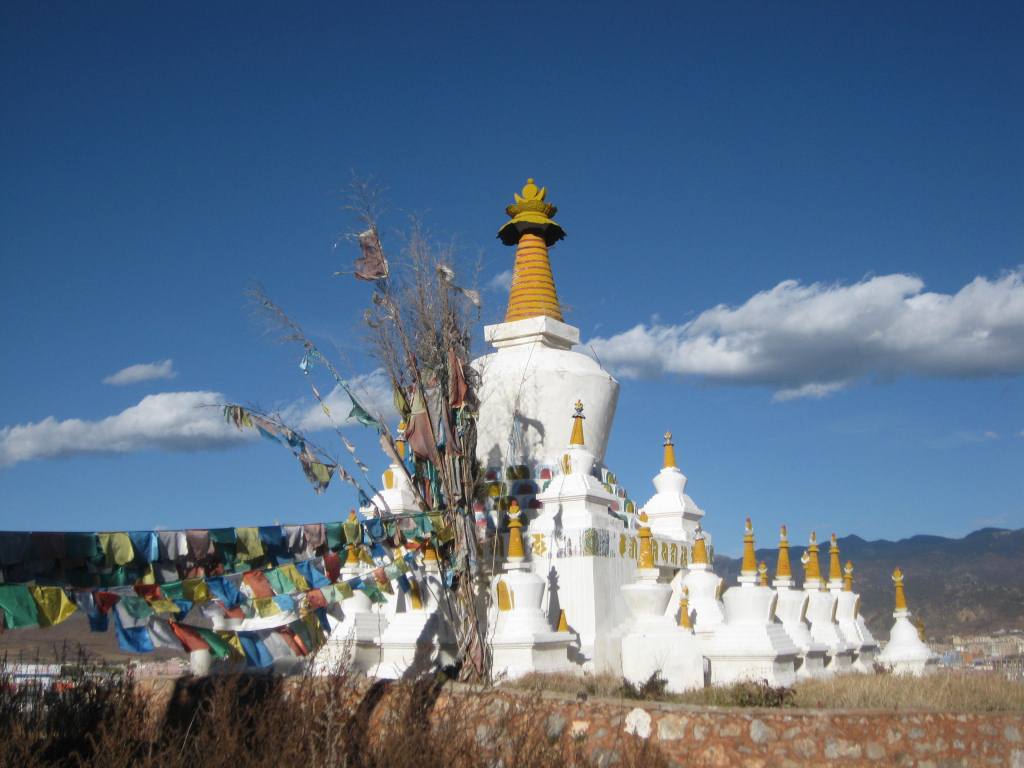 Shangri-la’s residents are mostly Han and Tibetan, and it’s common to see red-cheeked Tibetan-Chinese dressed in traditional clothing. The architecture, especially in the countryside, is uniquely Tibetan: large, square, three story homes house animals on the ground level, with human living quarters above. New homes are still being built in this style. Wood stoves (frustratingly drafty) occupy space in every restaurant, home, and guesthouse, often with the staff huddled around them.

Things to see and do

Like Dali and Lijiang, Shangri-la has an “old city,” with the usual cobblestones and new-old architecture, as well as a very Chinese “new city,” full of traffic and electronics shops. The Thangka Academy is a center in the old town for Tibetan culture and learning. Students, usually orphans, are taught the ancient art of Thangka, an intricate style of Buddhist painting of deities. Foreigners can study Tibetan or meditate here.

Though Shangri-la’s narrow, old-city streets are pleasant for a wander, it’s the town’s surrounds that make the trip worthy.

The Songstam Monastery houses monks of the yellow hat sect of Tibetan Buddhism. It’s the biggest Tibetan monstery in China, and certainly worth a visit. Besides monks and temples, you’ll see juniper burning in the mornings, pigs snuffing around the dusty grounds, tourists snapping photos, and a hodge-podge of colorful buildings built on several levels. 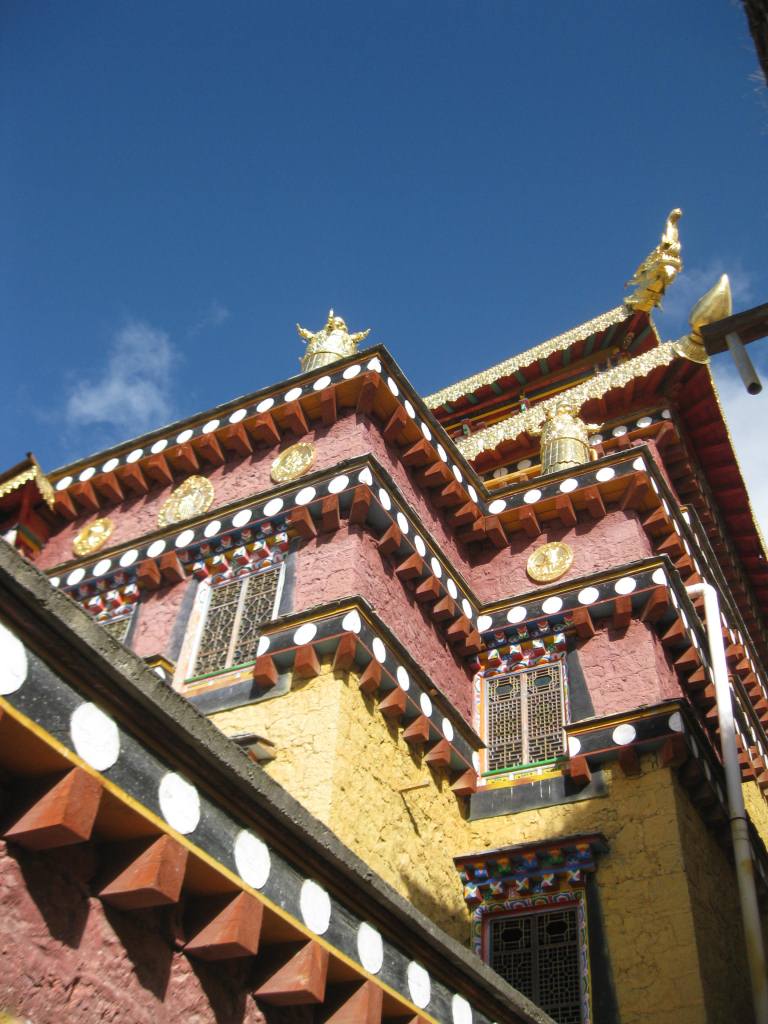 The monastery was built during the Qing Dynasty in 1679, and now houses 700 monks as well as 11 temples. In the tea-horse road days, the monastery stored tea, waited for the price to rise, and then sold it for a profit. The complex was destroyed by the Red Guard during the Cultural Revolution and has since been rebuilt, though remnants of ancient mud walls still linger.

Beyond the monastery is Napa Hai, a lake and wetland with misty mountains backing them. More than a dozen Tibetan villages surround the lake, which is also home to black-necked cranes. We rented mountain bikes from one of the many bike rental shops in town, and road the often-muddy, sometimes treacherous roads out to the lake. A new highway being built ought to smooth the ride out significantly.