We have moved further southwest near Da Re, from Maqen towards the badland-borders with Sichuan province, less than one hundred kilometres from Serthar. We’ve arrived to a town that sits squeezed along the Yellow River wedged in between auburn coloured valleys. Our travel thus far has been the moving equivalent of the Russian Doll concept – one doll is opened up to reveal another smaller doll, and so on. In our case it is one small town leading to another smaller community, then onto a village until finally we will be completely embalmed in the open air. 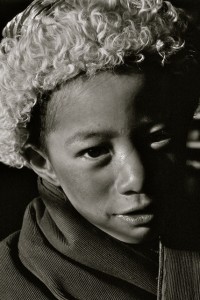 Yet to reach Honkor as things go more slowly than we calculated (although in these areas we are well aware that ‘plans’ are only plans until some other plan is adopted) due to caterpillar fungus collection. Epic battles have been waged between Tibetans over who owns lands and who can access the springtime harvests of caterpillar fungus. We must abide by unwritten codes and land-crossing rules that are difficult and complicated to understand. Certain lands we simply cannot cross, even if these massive spaces appear to belong to the earth itself. While there are no actual laws, to presume anything in these raw and informal lands is a mistake. We must wait for counsel. Travelling over lands that belong to nomadic clans requires permission and this is especially true as fungus-picking season is upon us. The fungus is the one certain income generator many nomads have and one month of work can fill the coffers for the rest of the year. Nomads protect the lands and fungus with something bordering on violent desperation.  Our journey and routing through these lands must be carefully considered to prevent offending, or worse. 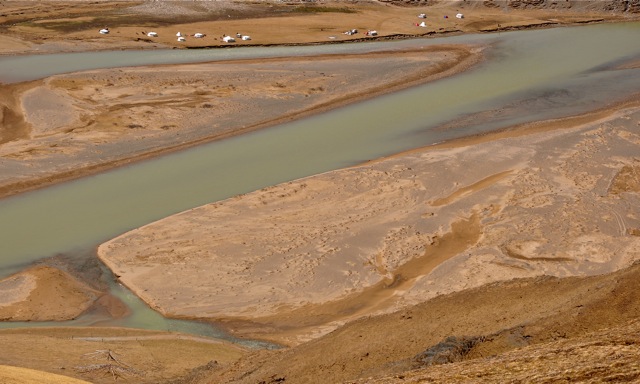 Another issue is that the old trader who was to come (and still may) and usher us along the Salt Road, is not in good health. Though he is adamant on joining us, his family is genuinely concerned with his health as the entire journey we are set to do will be above 4,000 metres and we will be in lands that are entirely cut off from communication, aid and access routes. If anything happens we are entirely on our own with the possibility of nomadic help. Our old trader’s health is ailing and, though Michael and I do very much want his company along the route, we will not for one moment consider risking his health or causing offence.  It may be that all we can achieve is an interview with him and others, but this will be enough. In such cases we simply must ‘hurry up and wait’.

Our morning begins ascending a 4,600 metre mountain heading up the twenty-degree grade to get a view of our intended route. Below, the Yellow River courses through a dozen channels wandering away and then reconvening. The water levels are down but vibrant green currents run deep and strong and the strands of water are visible from above creating white ripples in the sunlight. 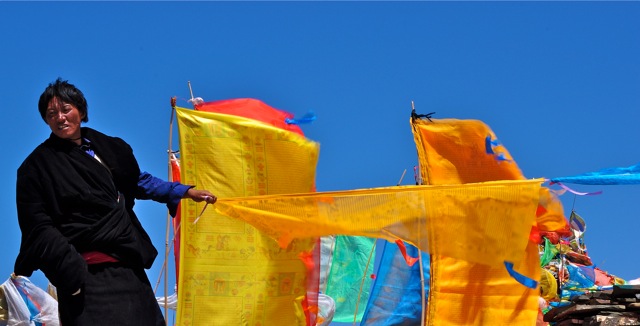 Air moves in cold currents up at this altitude and the clean sharp waft of snow filters through the air. In the distance there are the comforting white peaks, which I’ve become attached to making daily eye contact with. 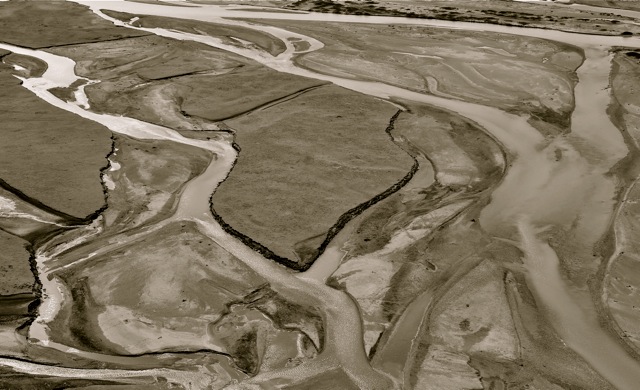 Yaks graze below and speck the horizon – the only dark marks on this sand-coloured earth, and once Michael and I reach the summit our sightlines seem infinite. Looking south-west we can see the valley we will travel through. It bends, widens, bends again and then simply funnels away into the mountain’s wedges. As the distances lengthen, the mind itself is wandering and wondering. 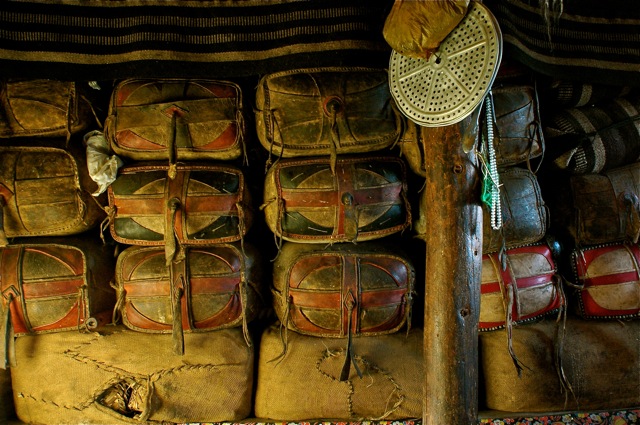