Although the Forbidden City garners more attention, the Temple of Heaven is arguably just as grand and beautiful. The historic temple should be a must-see on any Beijing travel itinerary. Here’s why. 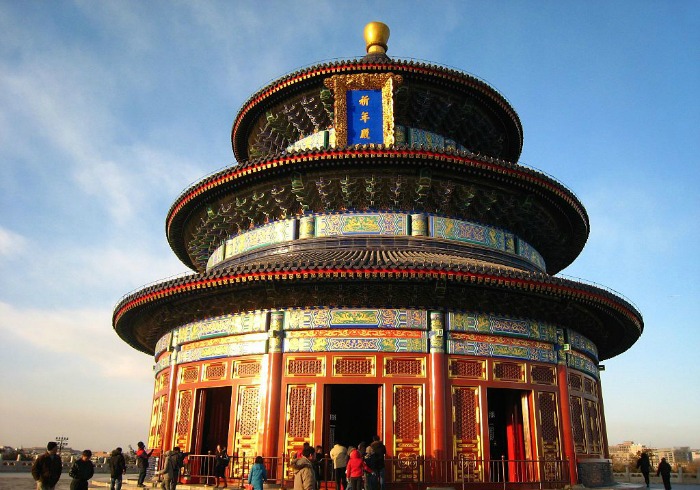 Built during the Ming Dynasty, the Temple of Heaven Grand Temple Complex served as a vast stage where the emperor (also known as the Son of Heaven 天子) performed solemn rites designed to seek divine clearance and curry favor with Heaven for a year of good harvest.

Taking up a huge chunk of southeastern Beijing, the Temple of Heaven complex is massive – larger than the Forbidden City itself. The Yongle Emperor thought it wise to build the residence of the gods larger than his own. We pride ourselves in being China Experts and Beijing is our home turf, so we did a little local digging to find everything you can do at the Temple of Heaven.

A walk in the park

On the eastern side of the Temple of Heaven is a lush park which serves the dual purpose of being the tourist entrance to the complex grounds as well as the local playground for residents living in the area. Enter from the East Gate 东门 and you will find locals practising taiji, jianzi (Chinese hacky sack), opera singing and the occasional nunchuks.

Among assorted exercise machines, watch elderly men perform impressive calisthenic feats such as bar pullovers and 360° spins – a scene worthy of Muscle Beach. Tip: Retired locals like to rise early and head home before midday. Visiting before 9am will put you in the heart of the action. 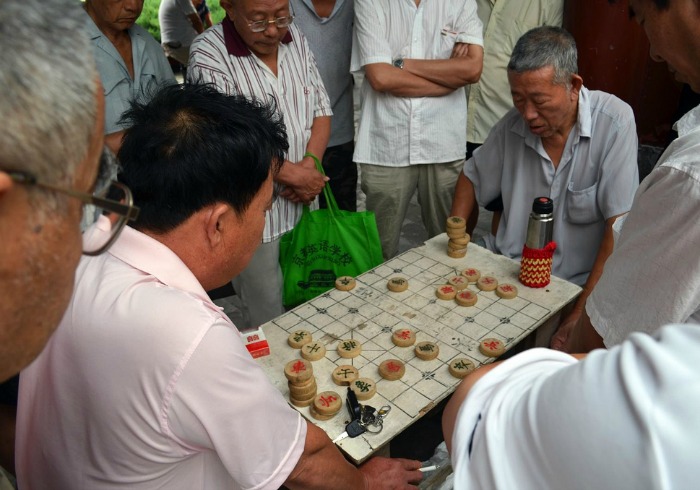 Continue walking along the path from the park and you will reach the Long Corridor 长廊，an enclosed passage connecting the Animal Killing Pavilion, Divine Kitchen and Divine Warehouse. During imperial times, sacrificial oxen, sheep, deer and other animals as well as offerings of jade, silk, grains and fruits were prepared under the pavilions and transported to the altars along this corridor.

Today you will find its red frames occupied by locals focusing hard on their game of cards, chess, or perhaps even their knitting.

Learn the art of numbers

Beyond the Long Corridor lies a highlight of the park – the Hall of Prayer for Good Harvests祈年殿. The magnificent structure, featuring triple eaves of a beautiful purplish-blue glaze, is built upon three tiers of marble. The roof is supported by wooden pillars without any nails or cement. The number of pillars is also far from arbitrary; they hold symbolic meanings rooted in Chinese tradition: the four posts in the inner circle represent the four seasons, the twelve along the middle circle represent the 12 months of the calendar, while the 12 along the outer circle represent 12 shichen (an ancient Chinese timing which splits the day into 12 two-hour time periods). This practice of numerology occurs throughout the grounds of the Temple of Heaven.

The geometry of the three-tiered Circular Mound Altar 圜丘坛 revolves around the imperial number nine. Chinese believe odd numbers to possess heavenly significance, with nine representing the highest imperial authority. Its top tier radiates in a pattern of nine rings, each made up of multiples of nine stones. Similarly, the stairs and balustrades are constructed in multiples of nine. 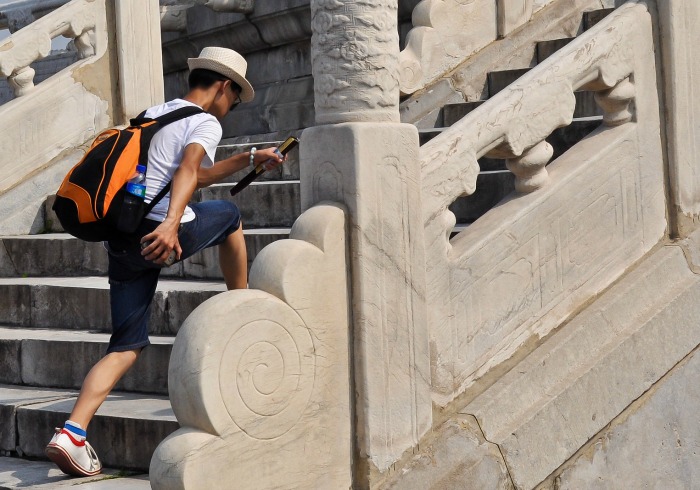 Find out about dynastic science

Wrapped around the Imperial Vault of Heaven 皇穹宇 is a smooth circular wall called the Echo Wall 回音壁, so named because a whisper on one end can be transmitted clearly to the other. In recent years, possibly to protect the wall from increasing crowds, a railing has been installed, so unfortunately, you may not be able to test out it for yourself. 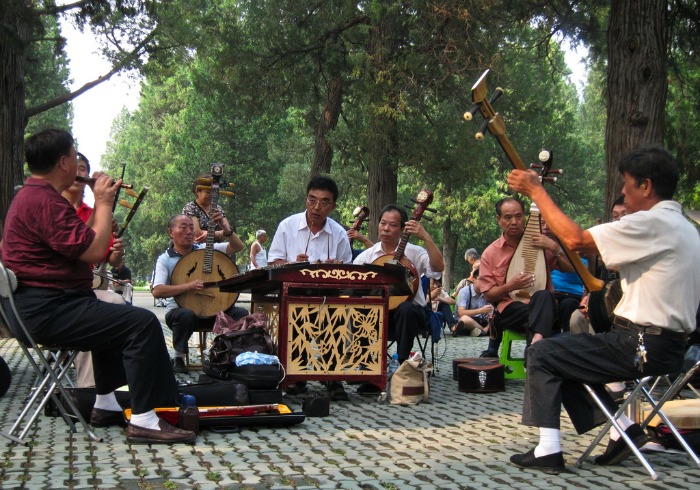 Saving the best for the last, the Divine Music Administration is a well-kept secret tucked away in the gardens west of the park. During the Ming and Qing dynasties, it was where officials and musicians trained and rehearsed for sacrificial events. If you’re lucky, you will get to enjoy an aural-visual feast of modern musicians performing renditions of ancient Chinese songs with traditional instruments of gongs, flutes, pipes, drums and clappers.

Does the idea of strolling along the Temple of Heaven complex strike your fancy? Consider planning a Beijing’s Past & Future private tour!