We were saddened to hear of the passing at age 78 last week of Liang Congjie, a pioneering Chinese conservationist to whose legacy we owe a great deal. 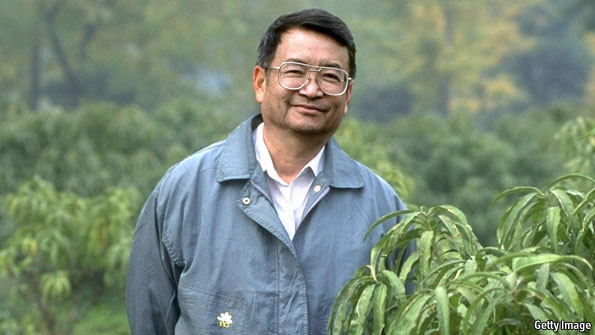 Though unheralded and relatively unknown outside of China, Liang played a central role in the development of the contemporary Chinese environmental movement and protection of some of our favorite pristine wilderness areas in China.

In 1994 Liang founded Friends of Nature, China’s first environment-focused non-governmental organization (NGO). Over the next 16 years he and the staff of Friends of Nature worked tirelessly to educate the Chinese public about environmental issues and encourage the government to strengthen conservation laws and enforcement.

It is hard for us to imagine losing the mile-high cliffs of majestic Tiger Leaping Gorge, one of the great natural wonders of not only China, but also the world. But that might have happened if Liang’s organization had not campaigned against a hydropower project in the gorge and won a last minute reprieve from China’s top leadership.

Friends of Nature won other practical victories in areas such as a dam project on the upper Salween River, the poaching of Tibetan antelope and illegal harvesting of virgin forests. But it also left a less tangible impact by inspiring and paving the way for the thousands of environmental groups that operate in China today.

We offer our condolences to Liang’s family and friends and our deepest thanks to all those who have followed his call and are working to keep China wild.