This past weekend, we sat down with journalist and photographer Jojje Olsson to talk about a bit of Beijing’s heritage.

In 2007, Jojje Olsson came to China. He’d just won a university competition, and his prize covered the flight. He planned to study Chinese in Beijing for one semester. He ended up staying for good.

It was a coincidence, he says, and it was another coincidence that led him to the path he walks now. While looking for housing in 2010, he visited almost 30 potential residences around Beijing before finding an apartment in Langjia hutong. Before, he hadn’t know much about hutongs (胡同) – Beijing’s traditional living quarters that date back to the 13th century, comprised of narrow grey-bricked alleyways, slanting tile roofs, and square siheyuan courtyards – but after moving in, he became fascinated. “It has really, really cool surroundings, nice neighbors, nice environment… people living life in the street.” 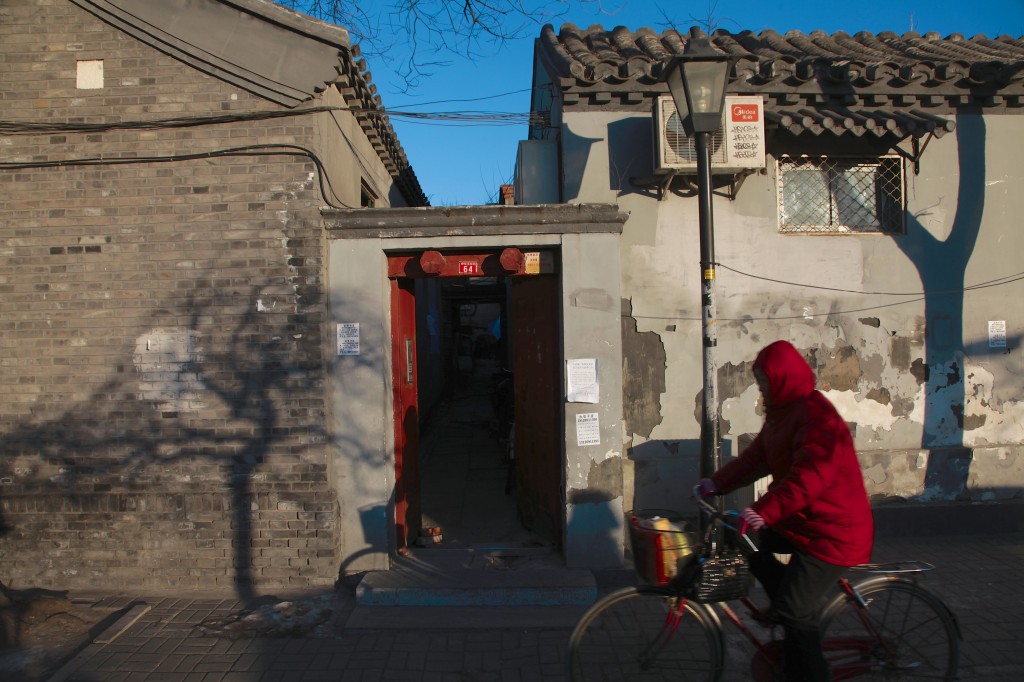 He met Hou Lei, a Beijing native, back in 2007, and they have been close friends ever since. Hou Lei lived in a hutong when he was young, but his family was eventually forced to move out. Their hutong home was destroyed.

Curious, Jojje wanted to learn more. His research found surprisingly few accurate sources on the historical landmarks, but what he did uncover is nothing short of horrifying. 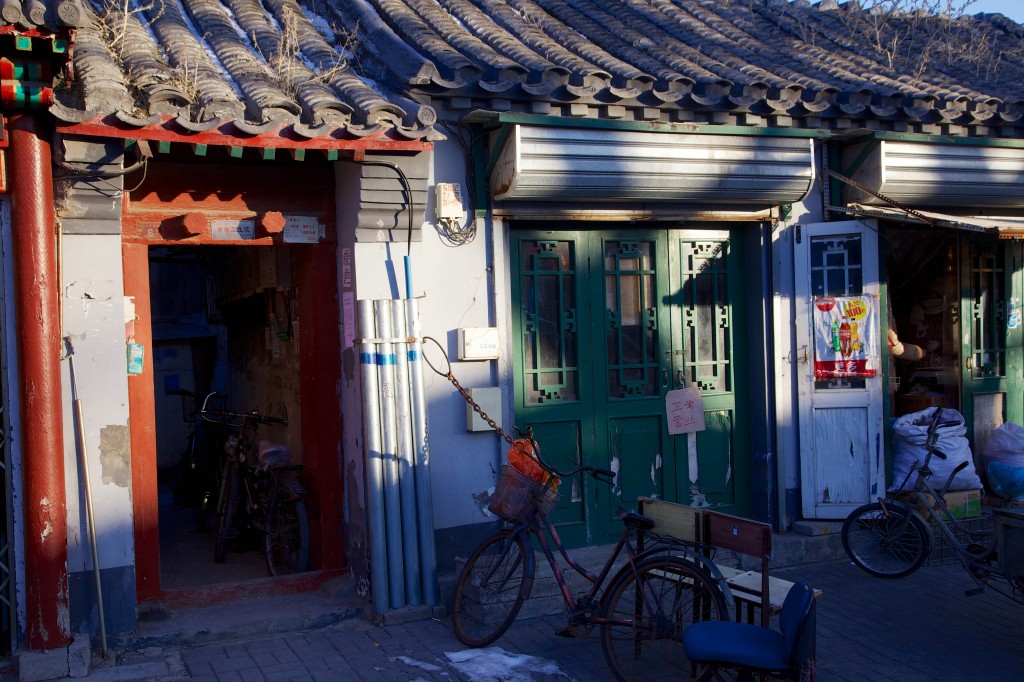 Of the 7000-8000 hutongs that originally existed in Beijing, about 90% have been destroyed. Even as late as the 1980’s, the winding lanes filled the city, but now, they only exist within the 2nd Ring Road.

There, in the heart of Beijing, is where the land is worth the most. In a cruel twist of irony, it’s also where the residents are the poorest.

Many take advantage of that, razing the hutongs to build towering residential complexes and expensive restaurants. Those who are forced out are compensated very little – not nearly enough to find housing within the city. Instead, the families who have lived together for generations are scattered, typically outside the fifth or sixth ring roads, or out of Beijing altogether.

Before the 2008 Olympics, the city accelerated the destruction of hutongs to make room for the necessary sports venues and other infrastructure. Even today, there are plans to tear down the hutongs around the Drum Tower to make a large square capable of accommodating a larger tourist flow. Some of the hutongs being demolished are considered protected areas, and yet the violation fines are low and the regulations are not strictly enforced. Alternatively, the hutongs themselves are being turned into attractions, like Nanluoguxiang (南锣鼓巷). In these case, the structures are preserved; authenticity is not.

This is yet another complication: most hutongs lack modern amenities such as central heating, fast internet, and toilets. Truly authentic hutongs are not ideal living spaces by today’s standards. Jojje knows Beijing residents who consider the alleyways “slums” not worth protecting, and though surveys show that a significant majority of hutong residents wish to continue living there, most of the youth would rather move elsewhere. They don’t have the emotional attachments that the elderly do – the last generation who truly knows what it was like before.

After all, the hutongs are so much more than buildings; they’re communities, and they represent a community-based lifestyle that has existed for centuries.

“It’s more about the social fabric,” Jojje emphasizes again and again, “Neighbors who know each other, playing mah-jongg on the streets. It’s about the people and it’s about the atmosphere.”

And yet, if the buildings are destroyed, that culture, the atmosphere, and the people must go, as well. 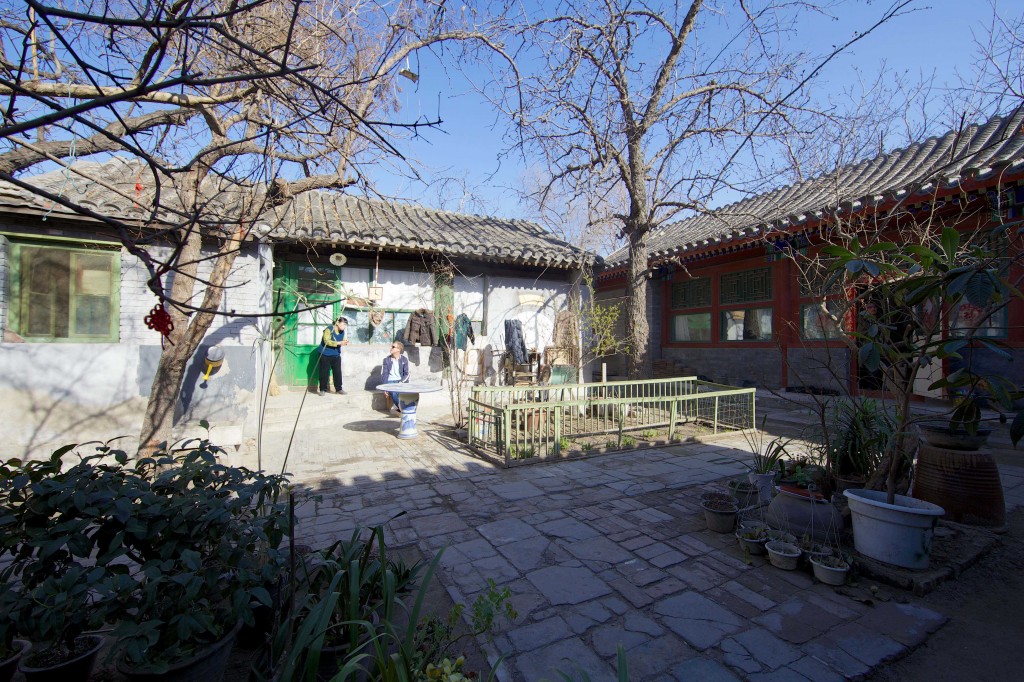 Jojje and Hou know that there is no simple solution to this conundrum, but they do have a plan. They want to extensively document the remaining hutongs – selecting 8 to focus on – in photos and interviews, in a book, along with maps, histories, and other facts, to remedy the lack of information out there. They call their project “The last hutongs of Beijing,” and have set up a page on indiegogo for funding.  If they reach their goal of $3,000 by 11:59 PT on June 21st, they will also create a website about the hutongs, including updates on each street’s demolition/reconstruction status – they’re being destroyed so rapidly that it’s hard to keep track. 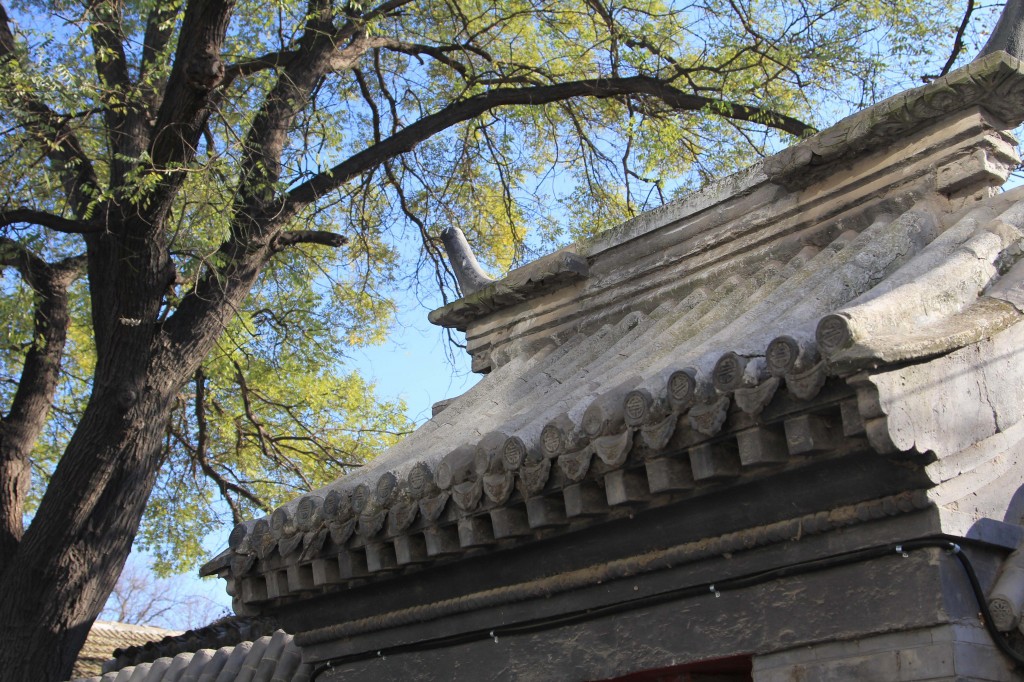 That’s the goal, in the end, “to try to get people… not necessarily engaged in protecting the hutongs” – efforts to do so are scarce; perhaps that’s too much to ask for – “but enlightened.” Awareness is the first step, and hopefully dialogue will follow.

Jojje ­­recalls a relatable situation from his homeland, Sweden; many of the city’s old quarters were razed in the 1950’s during an extensive urban renewal project. “Back then, no one saw the value in protecting the old buildings, but then in the 80’s and 90’s, people were having big regrets, like why did we destroy our city? So I think it would be good if Beijing can learn a lesson from that.” 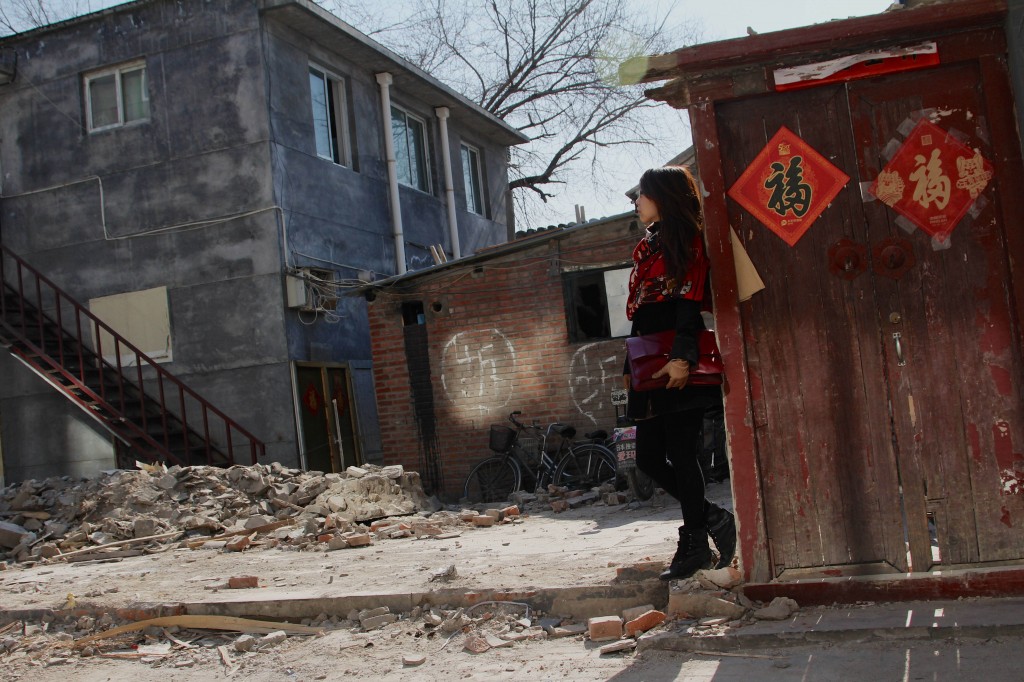 If you would like to learn more or donate to “The last hutongs of Beijing,” visit their webpage here. Their fundraising campaign ends on June 21st!

For more literature on the destruction of the hutongs, Jojje recommends The Last Days of Old Beijing by Michael Meyer.

Interested in seeing the hutongs for yourself? Send us an email at info@wildchina.com!

All photos credited to Jojje Olsson.