Amye Maqen (Amne Machin, Anye Machin) <http://en.wikipedia.org/wiki/Amne_Machin>, the stout, the muscular, and for much of time, the utterly hidden from the outside world…our first glimpse of it is of a snow capped wonder that appears far closer than it is. There seem to be as many ways of spelling it as their are potential descriptives. Neither wind blown sand nor a haze can obscure its brilliant bulk. It seems to hang from the sky as we come in from the northwest towards the makeshift town at its base, Xiadawu (or in the more flavoured local Tibetan ‘Da’wurr’ – ‘Place that is difficult for horses’). In Joseph Rock’s accounts of the mountain and bandit ridden regions back in 1930 he estimated the broad peaks of Amne Machin to be 30,000 feet, a guess that was later proven to be 3,000 metres off. 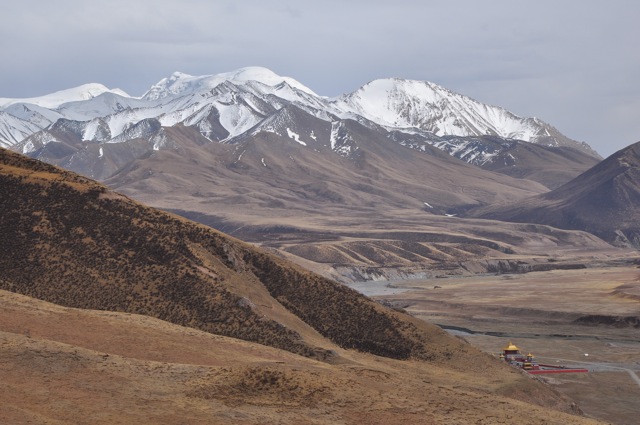 Amne Machin from the northwest

The Amne Machin range itself is an eastern extension of the greater Kunlun Mountain range, one of Asia’s longest most legend laden mountain chains. Located in the Golog Tibetan Autonomous Prefecture it is here that the Yellow River (so named because of wind-blown loess that is carried in from Central Asia) rises before winding eastward. At its rounded and almost friendly white peaks it achieves just over 6,200 metres.

Mountains cannot be compared to other of their kind in my eyes. Mountains are landscapes, heaps of stone and snow unto themselves and each has their own thin-aired identity. Sacred to the Golog (Golok) nomads, Amne Machin is almost directly due east of our pristine salt lake near Mado (Mardo) that we’ve most recently left. It also lies on the route that nomads from southwest took to access their precious salt. Few nomadic caravans would pass up the chance to visit and circumambulate the sacred Amne Machin range while undertaking a perilous journey to source salt. Ever practical, the Tibetan traders saw the value of doing both trade for a revered commodity and a little cleansing of past ills.

This mountain that has long played a role in local nomad’s worship of the divine, has withstood weathering seasons and has become more iconic in the eyes of men over time. The fact that it lies as a northwest-southeast diagonal throughway for traders only increases the curiosity for Michael and I. How much is left in memory and physicality of the salt route legacy? How much of any trade route – seldom acknowledged, documented or discussed – will survive? It is in this way that these journeys and explorations are truly ‘exploratory’ with nothing being guaranteed.

The town of Xiadawu, sits in a small cupped valley and is a dusty mess of pool tables, remarkably shabby huts and a main square of errant apathetic dogs that have forgotten their roles. Xiadawu’s decrepit appearance serves as an entry to something far greater than itself, Amne Machin, which erupts to the east. Flowing west out of the mountains past the town, the swerving breadth of the Nam Chu (Nam River) wanders through, over and around valleys in a never-ending search. 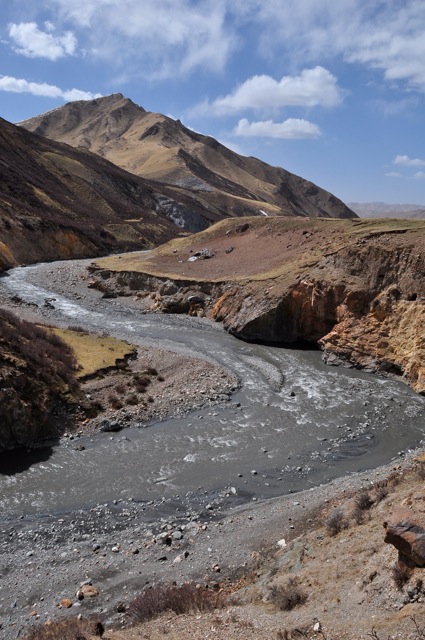 Our host, Tsering, is to be found out of town – it is he who will arrange our kora/ circumambulation around the great mountain. The ‘kora’ or counterclockwise circumambulation literally refers to a pilgrimage. For many eastern religions this act is believed to be a physical way to cleanse or clear away one’s past sins.

If in fact this is the case it may well take a few more than one rotation for Michael and I to wipe our collective slates clean. 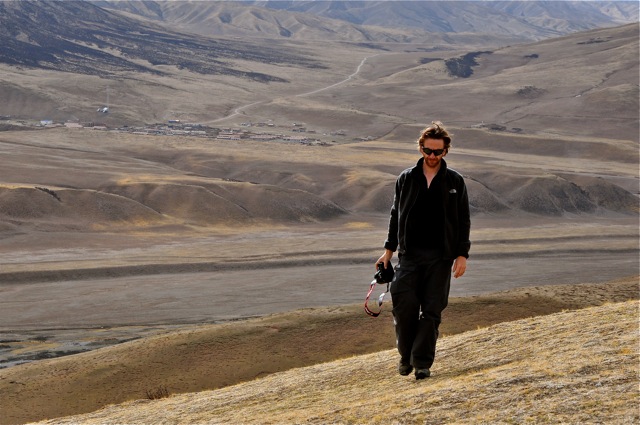 Around us the landscape ripples with Spring’s pending arrival – ridges verging on going from ochre to green. Still though, the high peaks remind in a glance that up here at over 4,000 metres winter isn’t really ever truly ‘over’.

Our host Tsering tells us that, yes, the salt traders came through here as part of their annual travels – more specifically nomadic traders, who, coming from further east, would add the kora of the mountain to their travels to the salt lakes. A kind of double-pronged travel plan: salt for need and profit, kora for life-cleansing benefits. 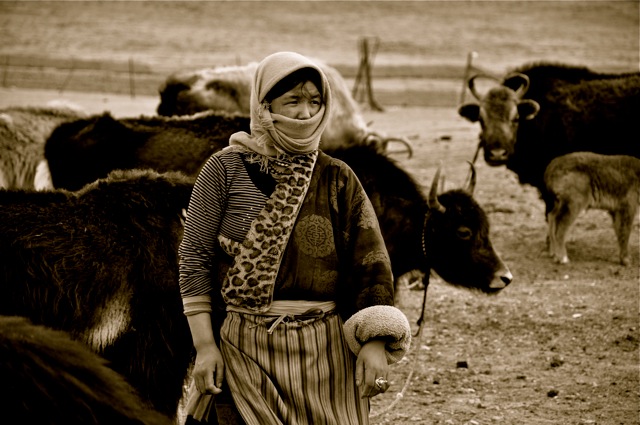