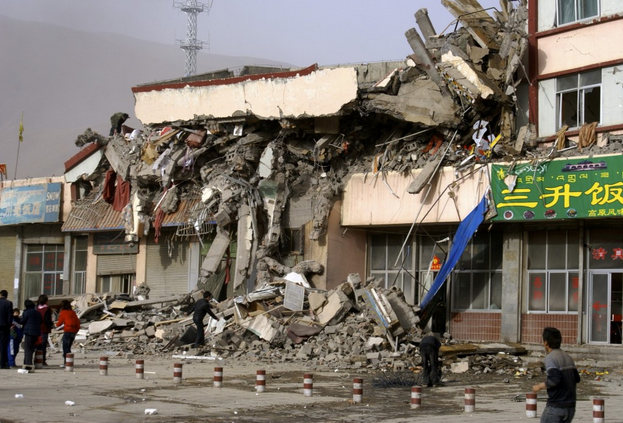 Near the Jyekundo bus station

AsiaTravel deeply thanks our friends, partners, and clients for their continued interest in helping those in need in Yushu, Qinghai province, which was recently hit by a 7.1 magnitude earthquake.

As we have received many emails from past clients and friends asking about the situation, we wanted to provide further on-the-ground news from Yushu.

Our Europe Team Director, Veronique d’Antras, has been at the forefront of AsiaTravel’s efforts to help the people of Yushu. After coordinating a truckload of supplies to be sent to Yushu with Tashi, one of our Yushu partners and a Qinghai native, she hopes that it has arrived. The road from Xining to Yushu – a major route into the Yushu area – was damaged by the earthquake, and traffic has subsequently been delayed.

While there has been an incredible influx of volunteers into the region, there are a few setbacks that are making the distribution of aid more difficult. For one, areas outside of Yushu that were affected by the earthquake are incredibly remote, meaning that rural villagers are still in most need of aid. Furthermore, the Tibetan/Mandarin language barrier, altitude sickness, and cold weather, including snow and hail in the region, has slowed down volunteers. Because of the inclement weather, several aid trucks overturned on the road from Xining to Yushu. Several journalists noted that long lines were forming for food distribution.

A mass prayer ceremony for the victims was held by monks and others in Yushu on April 20th, following the cremation of around 1,000 bodies by the Yushu Tibetan monks on April 17th.

On a positive note, one of our Yushu partners, Samdeg, has been located. He was previously deemed unharmed, but was unreachable for a few days after the earthquake occurred. We are now working with him to set up AsiaTravel tents to provide those in the region with temporary housing

Furthermore, Xinhua reports that post-quake reconstruction has been on the agenda. A reporter learned on Monday, April 19 from the Government of Qinghai Province that the overall objective of reconstruction will be building a high-altitude ecotourism city. (Source: Xinhua, April 19, 2010)

The Chinese government declared a nationwide period of mourning with flags at half mast on Wednesday afternoon, April 21st (Beijing time), to express condolences to earthquake victims. All public entertainment was put on hold. (Source: Guardian UK, April 20, 2010)