There are 55 officially recognized ethnic minorities in China, although you might not notice if you only stay in big cities like Beijing or Shanghai. If you really want to get a taste of the diverse peoples who make up China, you should journey to the outermost reaches of China’s borders: Xinjiang.

Where else in China can you see both Turkic-looking Uyghurs, blond blue-eyed Tajiks, mosques and Zoroastrian temples, coexisting alongside each other? Every day in Xinjiang will allow you to hear a new language, taste a new cuisine, and meet different people.

So, why is Xinjiang so diverse?

It has a lot to do with size and location…

It borders on 8 countries, namely Mongolia, Russia, Kazakhstan, Kyrgyzstan, Tajikistan, Afghanistan, Pakistan, and India. Being so central, it was once the buzzing heart of the Silk Road, a network of trading routes linking Asia, Europe and Africa. 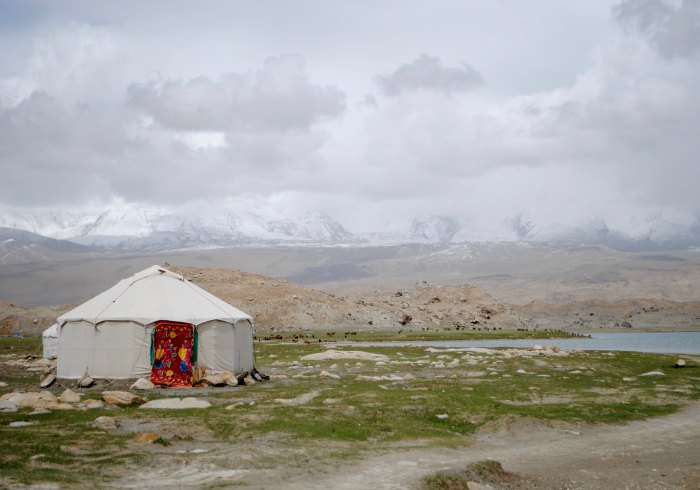 It’s as big as France and the ethnic landscape changes a lot as you travel hundreds of miles, deep into Xinjiang. From its architecture, Urumqi could be any large Chinese city and most dwellers are Han, but travel on to Kashgar, which is mostly Uyghur, and you’ll figure out why Xinjiang’s full name is the Xinjiang Uyghur Autonomous Region.

There are 21 million inhabitants, making it more populous than many European countries, such as Belgium, Sweden, or the Netherlands. This is a new development though – a century ago the population hovered at just a few million, but waves of government-led Han migration have led the population to skyrocket to its current figure.

How about languages? What will you hear people speaking in Xinjiang?

There are over 40 languages spoken in Xinjiang. To give you an idea of the diversity we’re talking about, here’s a snapshot of three languages, from three different linguistic families, which aren’t spoken anywhere but in China.

Uyghur is the Turkic language spoken by ethnic Uyghurs. If you’ve ever been to Turkey, the Uyghur language might sound familiar to you. Being closely related to Turkish, the two languages share a lot of vocabulary, although Uyghur uses the Arabic script. 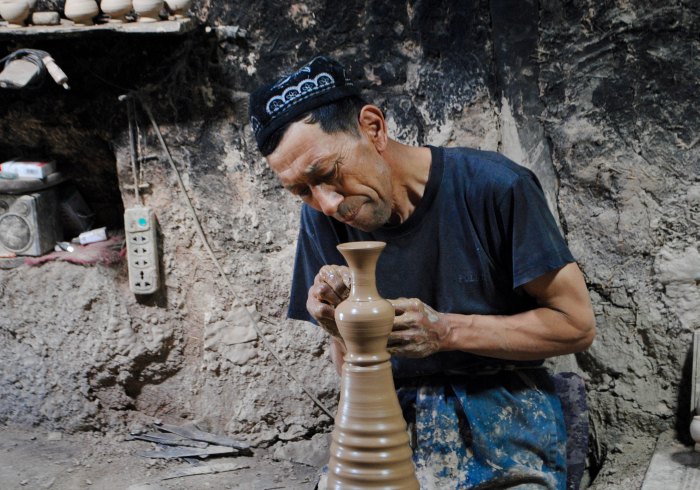 RELATED READING: Our Insider’s Guide to Our Silk Road Destinations

This, along with Uyghur, is the official language of Xinjiang. As you push west to the boundaries of Xinjiang, you’ll find fewer people speaking Mandarin, even to the point that might sometimes find English more effective to communicate with. 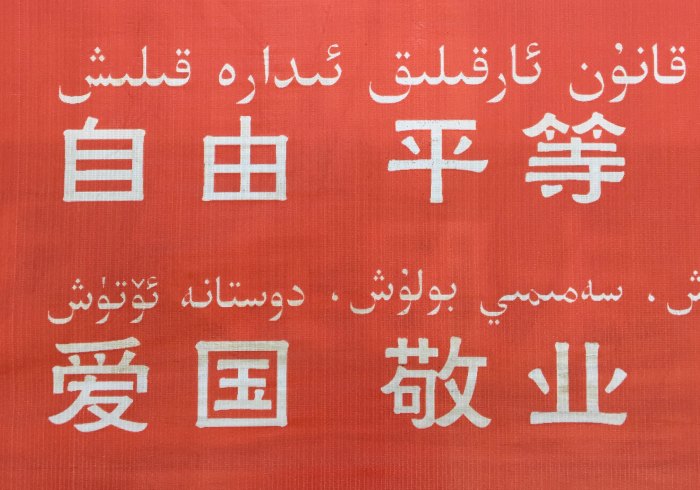 And one for fun…

This language is spoken only by Tajiks in China (about 35,000) and has no official written form. If you want to hear this rare language, head down the Karakorum Highway to Tashkurgan. 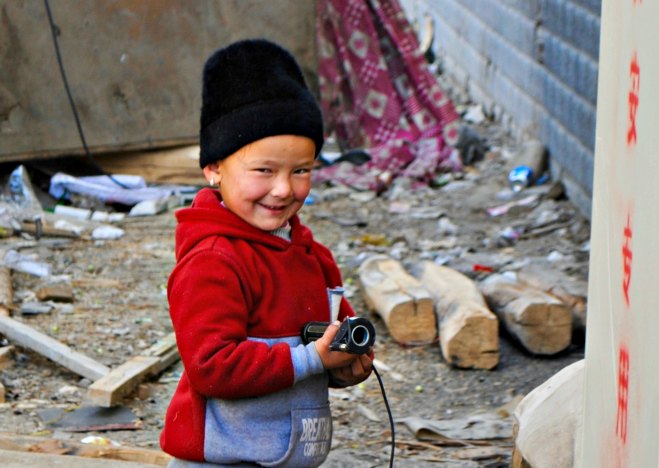 Who Has Lived in Xinjiang?

Over the millennia, civilizations have grown in, migrated to, traded with, and invaded the region now called Xinjiang. and different peoples have migrated to and from the area. But they’ve left traces which remain to this day, like the ruins of Jiaohe, a town built by Indo-European Tocharians. Or the Beauty of Loulan: a Europoid mummy around 4000 years old, with clothes, hair, and even eyelashes, all preserved. 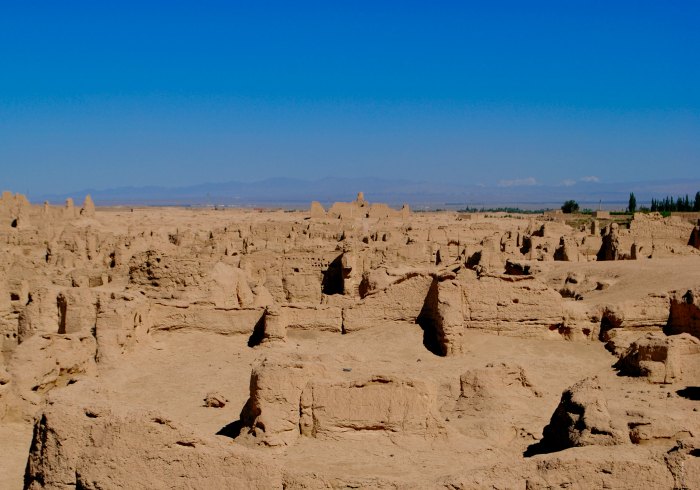 The Silk Road didn’t just convey people and goods, it also carried ideas and religions, a legacy of diversity which remains to this day: in the Tuyuq Valley, you can see a Muslim holy site as well as a grotto filled with Buddhist art. 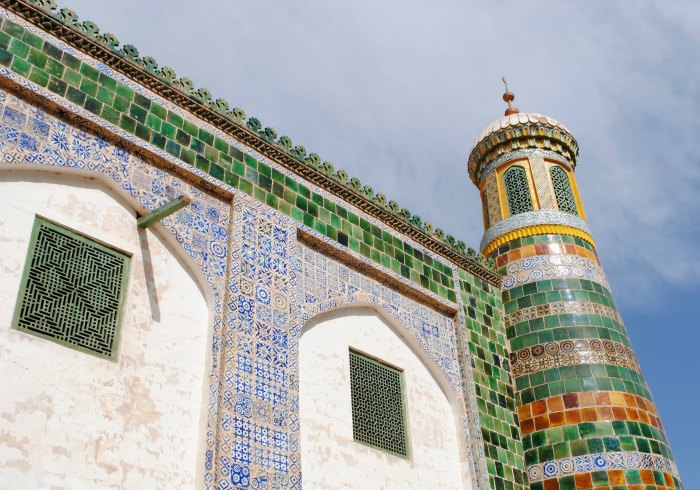 This type of cultural fusion is one of the region’s signature attractions. All in all, Xinjiang is a treasure trove of people, history, and culture that is completely unique in China. The melting pot of the Silk Road has created a diverse region waiting for an intrepid adventurer like you, akin to Marco Polo, to explore its spellbinding terrain.

If you’d like to experience Xinjiang’s diversity for yourself, and visit places we recommend in this post, have a look at our Marco Polo’s Silk Road and Northern Xinjiang journeys.