Nestled between the high-altitude Tibetan and Loess plateaus, China’s Gansu Province has been making international headlines as one of Lonely Planet’s Best Destinations in Asia for 2017.

This region of China, West of Beijing, was an important desert outpost along the Silk Road. During imperial times, Gansu’s rough and wild hinterlands were filled with nomadic tribes and traveling merchants praying for safe passage through the desert. Today, however, this once distant province is now well within reach. Gansu is a mere two and a half hour plane ride from Beijing, and there is a high-speed train between Lanzhou, the capital of Gansu province, and Xi’an that takes about the same amount of time.

We love to visit Gansu on our tours and here are some of our favorite things to do there: 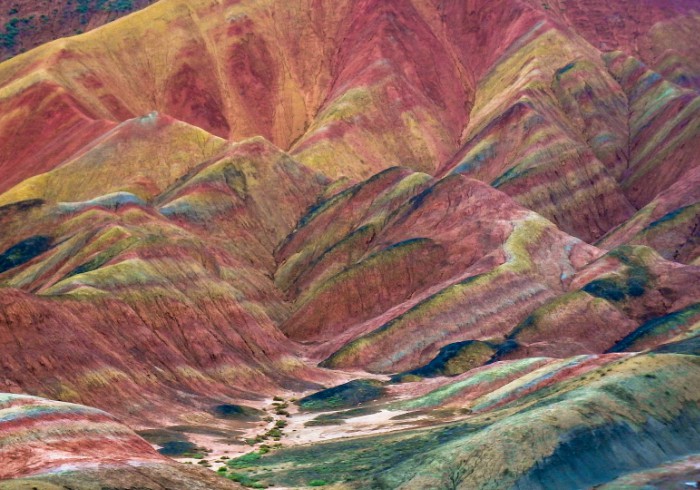 The Danxia Landforms are well-regarded for their other-worldly colors – they were even added to the UNESCO World Heritage list in 2010.

On a AsiaTravel journey into the ‘Rainbow Mountains’ you’ll be able to hike through five different “platforms” of height. The higher you climb, the more beautiful the landscape becomes. On any platform the view is different, and the best time to go there is at sunset – we’ll even arrange a picnic for you to enjoy whilst you watch the sun go down. 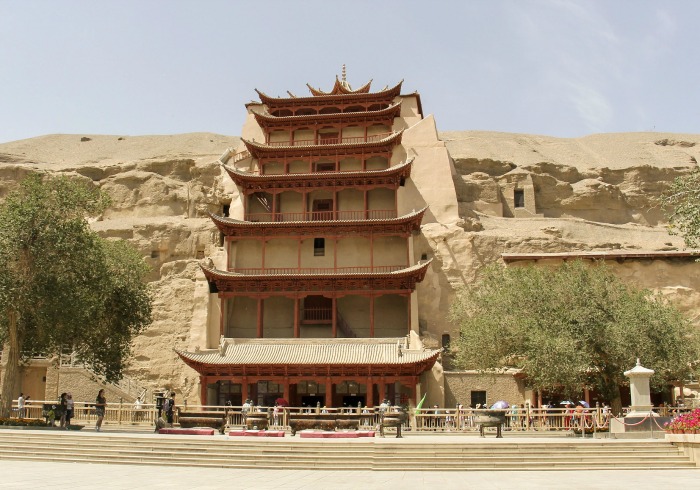 RELATED READING: The Mogao Caves and Other Top Dunhuang Attractions

Dug out of the western cliffs of the Mingsha Mountains, this complex of 492 grottoes represents the pinnacle of Chinese Buddhist art. Used by travelers for meditation, worship and to store texts, these temple caves contained tens of thousands of frescoes, paintings, sculptures and terracotta statues. They also housed innumerable manuscripts, including the earliest dated and printed book yet found.

The caves were created over the course of 1,000 years and were a central religious and cultural crossroads along the ancient Silk Road. The Mogao Grottoes were rediscovered in the early 20th century and named a UNESCO World Heritage Site in 1987. On a AsiaTravel journey, we’ll arrange a private tour of caves normally off limit to the public with the director of the Dunhuang museum. 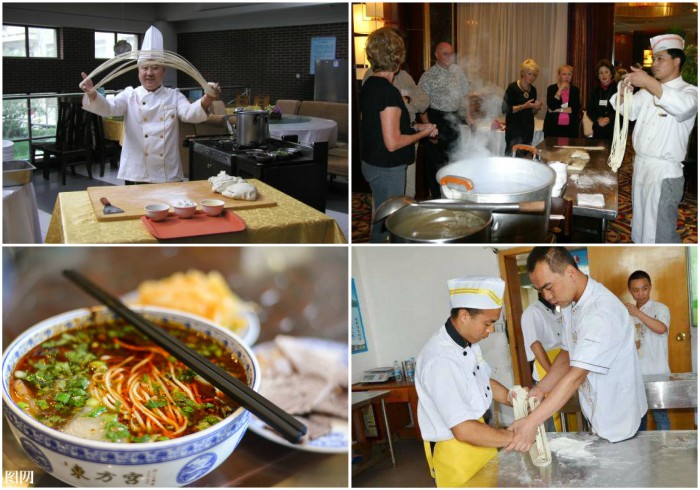 We love a bowl of beef noodles on a cold day and there’s no place better than Gansu to learn the history and procedure of cooking the dish.

Your guide will help you join the locals in an authentic beef noodle restaurant and on a AsiaTravel journey you’ll even learn the art of hand-pulling the noodle for yourself. The noodles in this dish should be as thin as thread and the beef should be soaked in water for several hours before being served. The noodles are usually quite spicy, but if you would like less heat, you can ask for less red pepper spice. 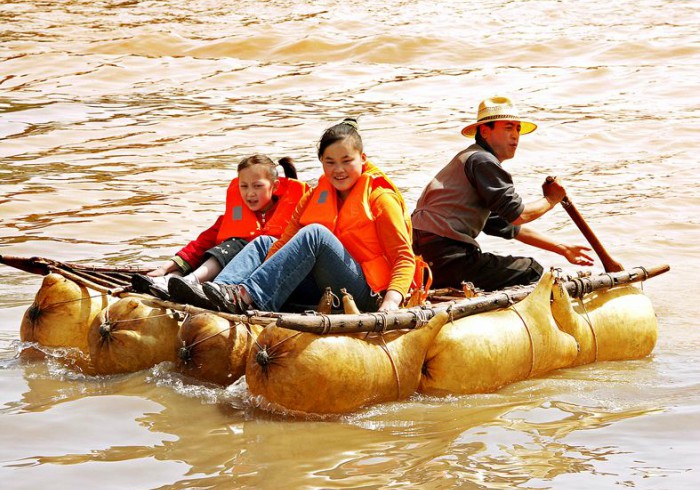 The Yellow River is the second longest river in China and is widely considered to be the cradle of Chinese civilization. Cruises along the Gansu section can be taken by motorboat but goat skin rafts were the traditional transportation for people who lived along the banks. It’s by far the most authentic way to float down the river.

To make the rafts, the goat skins are made into balloons which are then fastened on wood frames to build up a simple and powerful form of aquatic transport. It’ll feel like floating back in time to the historic era when the Yellow River was a key byway for trade between China and Central Asia. Of course, you’ll be provided with life jackets. Safety first!

Filled with surreal landscapes and Indiana Jones-worthy archaeological sites, Gansu is not to be missed. Why not see this hot new destination the AsiaTravel way? Let’s plan your trip to Gansu.