When people think of Beijing, many things likely come to mind: the Great Wall, Forbidden City, Temple of Heaven. But how many people think of the city’s art scene? In fact, there is actually a thriving artist community mere minutes from the heart of the country’s government which strives to push the limits of society and normalcy.

The soul of this art scene is found in what’s known as the 798 District or, alternatively, the Dashanzi Art District (DAD for short). Originally constructed as part of 156 “joint factory” projects aimed at building then-modern electronic joint components, including the area’s namesake 798 factory, the project was greenlit in 1952 with the help of East Germany. 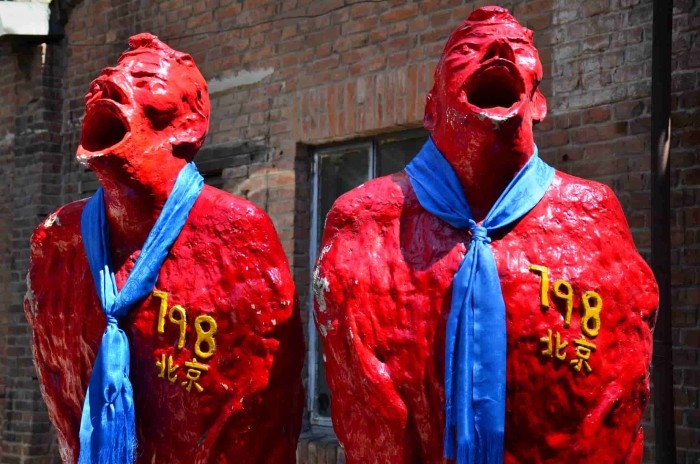 From your first step into the district, Germany’s influence is apparent. Specifically, the Germans were tasked with the duty of drawing up building specifications, so much of the area’s architecture is reminiscent of a European style. Upon its completion in 1957, the factory quickly became known as one of the best places to work in all of China. Employing between ten and twenty thousand individuals, workers received a plethora of benefits including extracurricular activities, cheap living (only about 1/30th of their income), an orchestra, literary clubs, and publications. This was true luxury. Unfortunately, nothing gold can stay. Economic reforms made by Deng Xiaoping in the 1980s coupled with a lack of governmental support led to 798’s gradual decline and the factory was eventually made useless. 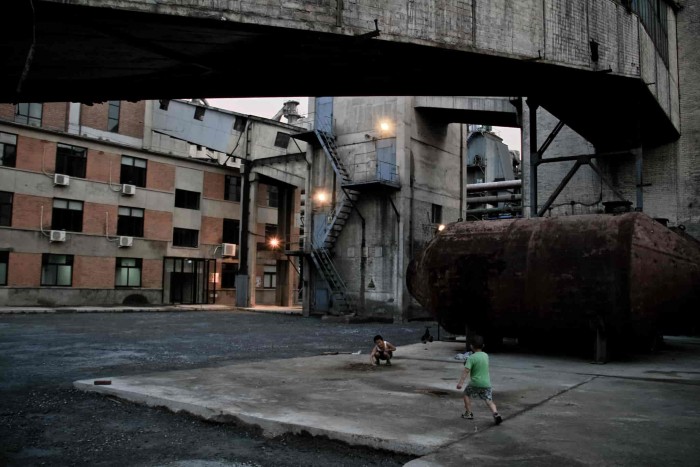 Industrial Architecture in 798 | Picture by La Priz on Flickr

As luck would have it, during the shuttering, the local artists’ community happened to be looking for a home at the same time. Since their avant-garde style was typically frowned upon by the government, the artists had been looking for locations on the fringes of society, and 798 fit the bill. It was eventually adopted by the art community in the mid-to-late 1990s and early 2000s. An almost overnight success, the inaugural exhibition in 2002 pulled in over 1,000 people, signaling the beginning of the area’s renaissance.

Over time, word of mouth attracted artists and designers from around the country to come and work in the buildings. With an industrial feel, tremendous chimneys, and practical, high-arched ceilings, it was the perfect home for all manner of creatives. Adding to the historical feel of the district, the Maoist slogans of bygone eras, which were once painted on the ceilings in large red letters to motivate workers, remain and now serve as what some have described as “Mao kitsch.” 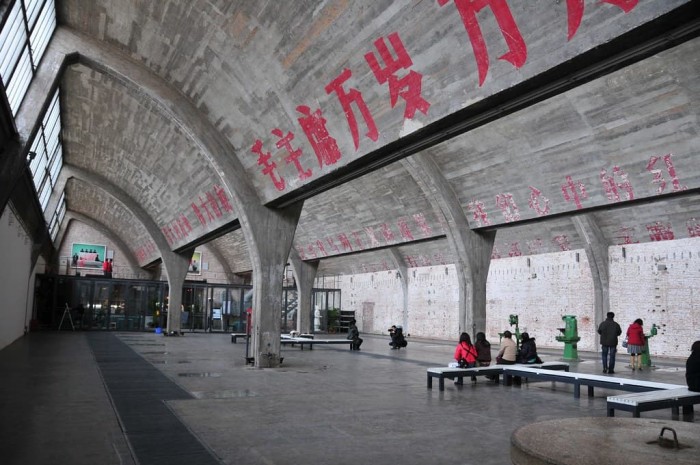 Maoist Slogans in 798 | Picture by: drnan tu on Flickr

As with most successful art communities, the popularity of the district led to significant gentrification. The formerly low-rent area experienced not only an influx of artists but also people with money wanting to take part in the revelry. With this money came galleries, lofts, publishing firms, high-end tailor shops, cafes, and many more unexpected additions. By 2003, thirty artists and organizations had already set up studios or offices while a waiting list of 200 more wished to move in.

Despite its success, every now and again the area came under threat due to its strategic location between the city center and Beijing airport. As property values continued to increase, pressure came to demolish the area and convert the land into something more profitable, most recently in 2007. Luckily for art lovers everywhere, it was eventually decided that the area would remain a special art zone. And in 2009, the area was refurbished and renovated making it as good as new.

Today, visitors to the district are able to enjoy large-scale sculptures in the area’s open spaces, take in regular fashion shows, and experience a variety of other cultural events. What was once a small, abandoned factory area has now become one of the most visited areas in Beijing – coming in 3rd after the Forbidden City and Great Wall. 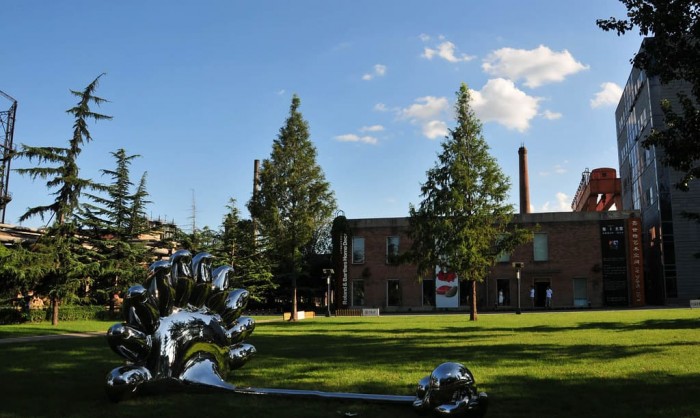 Sculptures and Galleries in 798 | Picture by: drnan tu on Flickr

So, if you find yourself in Beijing’s 798 Art District, don’t be surprised if you see everything from giant murals of King Kong to Dali-esque sculptures or other exhibits that defy description. And if you enjoy artistic expression in all its forms, 798 should definitely be on your itinerary.