You know what I am talking about – that brick or disc of tea in the velvet box! What do you do with it? 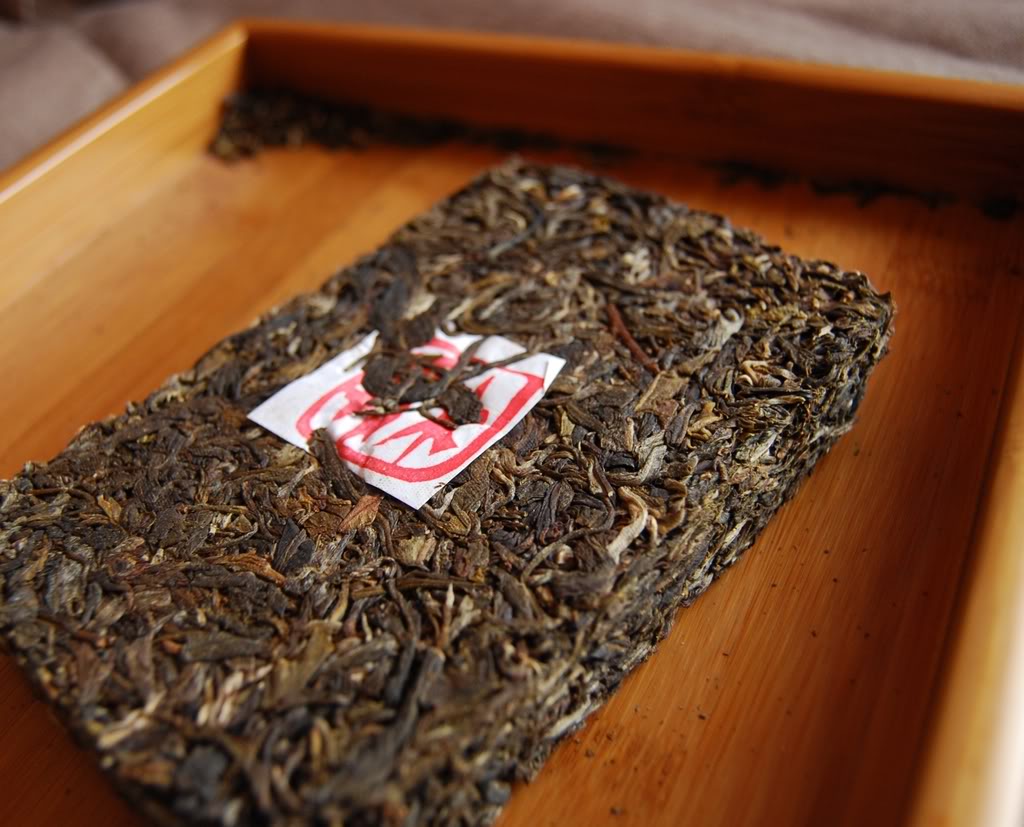 A few years ago, we were living in LA. My dear father came from Yunnan to stay with us in America for the first time. He brought a few bricks of Yunnan Pu’er tea (普洱沱茶) as gifts for people. Literally, they look like a solid disc or brick that if you get wacked on the head, you’d bleed.

I held him back, telling him that Laowai (Chinese endearment for “foreigners”) really didn’t know how to appreciate tea, and they wouldn’t know what to do with the brick.  Finally, we were going to dinner at this famous screen playwright’s house for dinner, my dad insisted in bringing one brick and presented it to the writer. The writer was very polite and thanked my father. I never went back to ask what he did with it.

Let’s face it, the brick of tea is packed so dense, that I wouldn’t know what to do with it. It’s too big to boil as one serving of tea; it’s so hard that you need a hammer to break it; it makes a huge mess if you do that! So, all the bricks I have collected still mostly sit on my bookshelf, until yesterday. 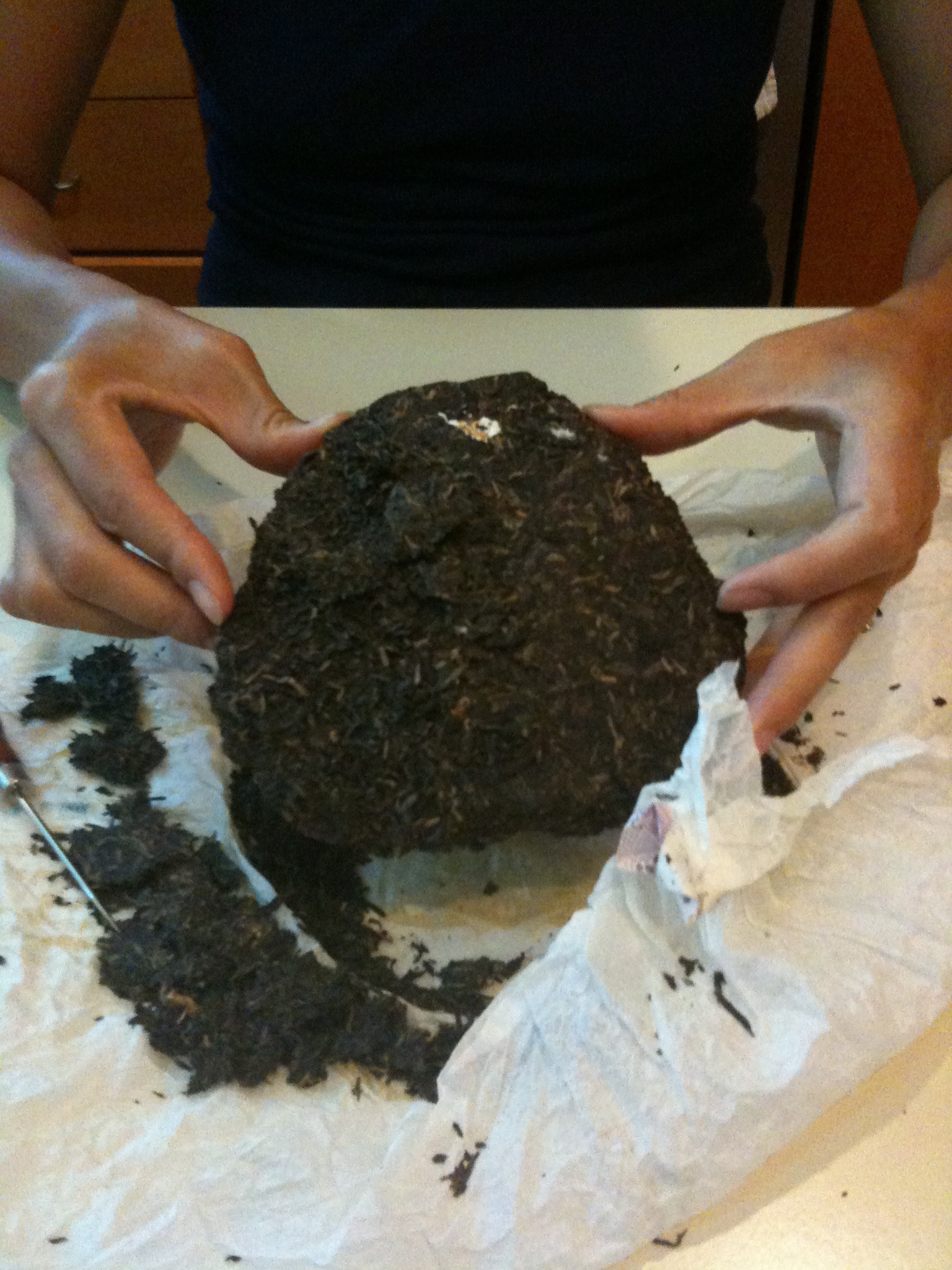 A big background on Pu’er tea, this is one type of tea that Yunnan Province in Southwest China is known for. They brew into a strong dark brown colored tea. But, historically, this tea was always packed on horse backs and carried by caravan trademen over dare-devil terrain onto the Tibetan Plateau. There, they transfer into the famed Tibetan Yak Butter Tea.  Honestly, I prefer drinking Pu’er tea by itself without the yak butter part.  Nevermind my personal taste, Yak butter tea is an essential form of calorie for Tibetans. The transportation route became known as the ancient Tea and Horse Caravan Road. National Geographic magazine ran a beautiful article on this road, but I was hugely offended by the article left out Yunnan.

People from Yunnan still prefer to store tea in the same condensed brick form. In fact, it is said that the older the tea, the more valuable it is. So, many collectors are in search for decade old tea. There are tea connoisseurs in China, as there are wine connoisseurs in the west. 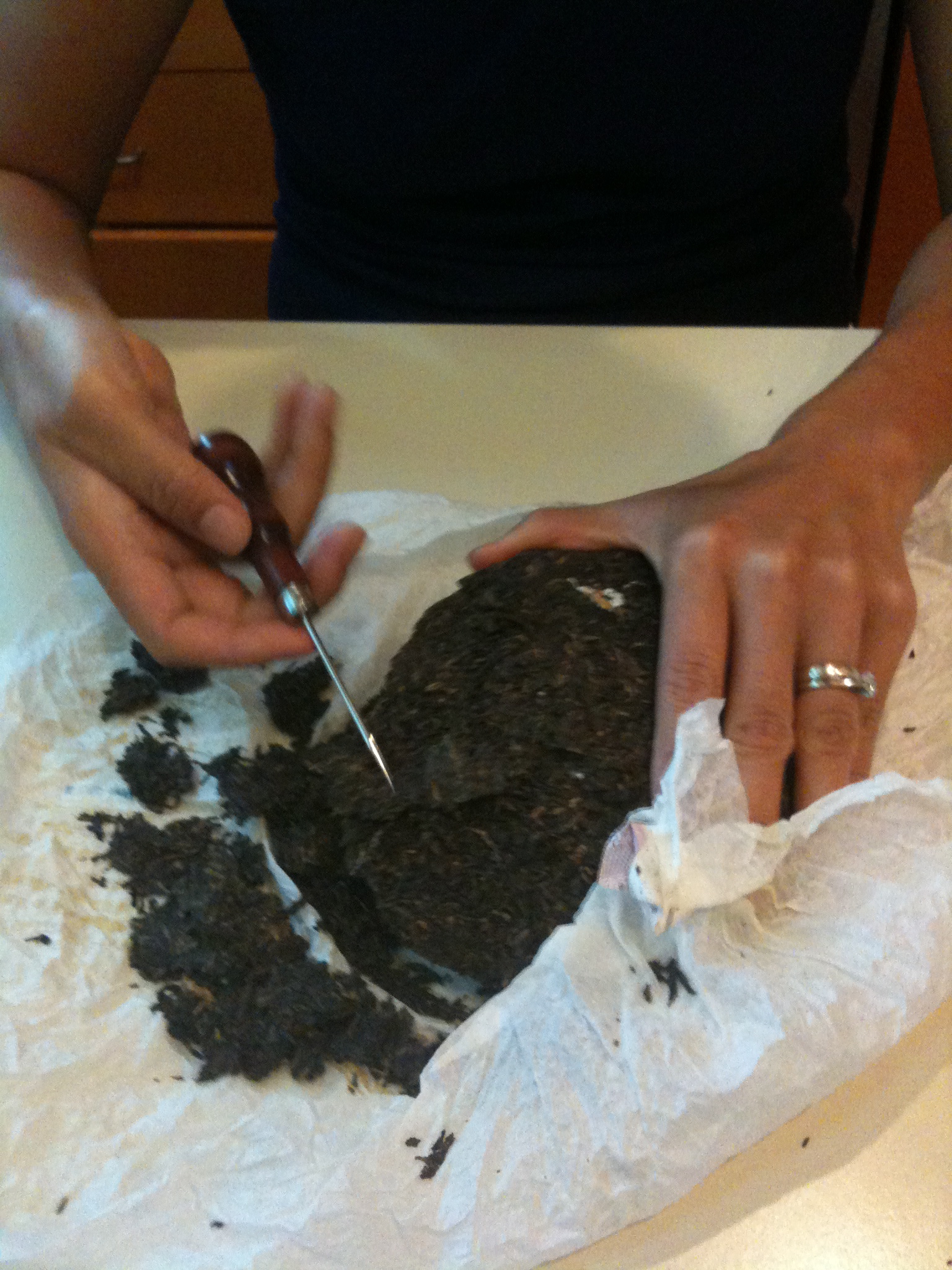 Back in May, I walked into a tiny tea store in Heshun Old town in Tengchong, Yunnan. A young tea salesman told me that I needed a 解茶针，(needle for separating the tea). I had no idea that special equipment was available to do this job. He also explained that the tea brick was pressed together one layer at a time. So, adjust natural tendency to break off a chunk, one should carefully peel layers of tea horizontally.

I took the needle as a treasure and tucked into my purse. Hello?? How stupid is that!! I was caught at the airport security in Tengchong. To my amazement, the airport staff saw it on the imaging screen, and said, “Take the TEA NEEDLE out! It has to go in checked luggage. “Oh, no!” I groaned, knowing very well that I’d loose the needle, as no one had ever bothered to retrieve my check luggage for something like this.

Well, I was in for a surprise. People there knew that I couldn’t do anything with the tea if I didn’t have the proper instrument. So, they found my luggage, and now I have the tea needle in DC!

With tool in hand, I gave it a try yesterday, and was delighted with the result- now in a glass jar for future use. My son was busy playing with my iphone next to me. I tried to explain to him what I was doing, telling him about tea from mom’s hometown.  He simply ignored me. Never mind.

If anyone’s listening, AsiaTravel’s tea journey with Jeff Fuchs is worth the experience.