The history of tea is almost as long as the history of China itself. Given that the Middle Kingdom is one of the oldest civilizations in the world, that is no small statement. In fact, although the oldest known written records of the country’s history date to the ancient Shang Dynasty in 1250 BC, Chinese legend has it that tea’s story began much earlier. Over a thousand years earlier.

A Tale of Tea

The story goes that Emperor Shen Nong – a legendary leader and renowned herbalist – was relaxing beneath a tree in what is now Yunnan province back in 2737 BC. While a nearby servant boiled drinking water to help soothe the emperor’s throat, a breeze blew a few leaves off the tree under which Shen Nong rested and landed in the pot. Rather than waste the water, he decided to taste the accidental infusion and was surprised to discover the brew was both delicious and refreshing. Following that fateful day, tea remained a largely regional phenomenon, filling the cups of Yunnan’s ethnic minorities as a medicinal tonic, until the 7th century when the sprawling network of the ancient Tea Horse Road delivered the leaves to Beijing, Tibet, and beyond. What followed can only be described as a love affair with tea that has not just persisted throughout the years, but veritably saturated China’s culture.

Tea and hospitality go hand in hand in China

While tea holds the distinguished honor of China’s national beverage, it is so much more than a beloved drink. Upon your first step into a Chinese home, a cup of tea is immediately offered. Often, the cup is filled only seven-tenths of the way full – not to leave room for any desired additions, but to save space for the friendship and affection that fills the other three-tenths. Tea is also often used in other aspects of daily life like medicine and cooking. What’s more, there are entire cultural traditions, ceremonies, and customs built around tea.

From how the water is boiled and poured (first over the teapot to warm it and then into the pot to brew), to the way in which the tea should be enjoyed (take in the aroma of the tea by sniffing the fragrant cup first before tasting), each step in the process is carefully choreographed. Even the specialized utensils necessary in traditional tea-drinking contributed to the stimulation of China’s famous porcelain industry. However, nowhere can you find tea traditions and rituals as rich (both culturally and nutritionally) as those found in the homes of Yunnan’s ethnic minorities, the original tea drinkers.

The Tea of Life

In Dali, the indigenous Bai people honor their guests with the symbolic Three Cups of Tea ceremony, known as san dao cha, the roots of which can be traced back to the Tang Dynasty and the Tea Horse Road. The ceremony calls on the drinker to first smell, then taste, and finally drink a variety of three unique teas and encourages guests to reflect upon the rollercoaster of life.

The bitter-tasting initial cup, called lei xiang cha or ‘thundering tea’, represents the hardships one faces in life. First, tea leaves are baked in a clay pot over a gentle fire. Once the tea’s fragrance fills the air, boiling water is poured into the pot, creating violent and loud bubbles that give the tea its name. Once the bubbling stops, the tea – an aromatic and incredibly concentrated infusion – is ready to drink.

The second tea, symbolizing the happiness that comes from conquering life’s challenges, is blissfully sweet. Almost soup-like, the local tea is brewed with walnuts, brown sugar, and a regional blend of other ingredients (such as orange zest or a cow’s milk cheese called rushan).

The third and final tea, known as hui wei cha or ‘lingering tea’, is a complex mélange of tastes and ingredients. Bitter, sweet, and spicy all at once, the flavors of this cup create a powerful aftertaste that lingers on the drinker’s tongue long after the last sip and signifies both the bitter and sweet memories that one is left with. 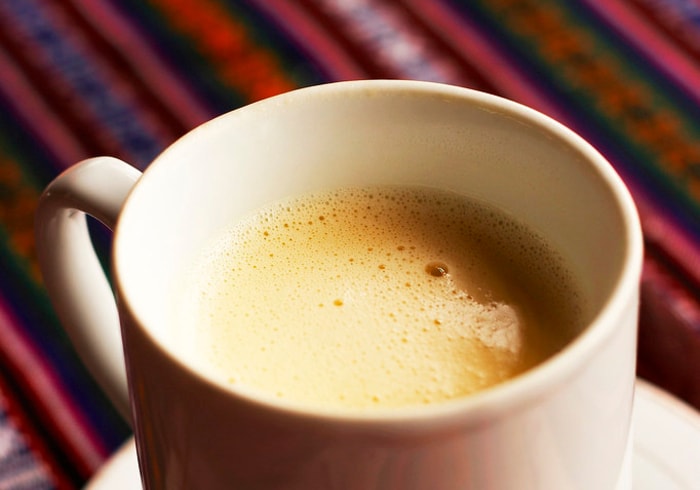 RELATED READING: Where You Should Go in Tibet

Over the mountains and onto the Tibetan Plateau, the region’s ethnic Tibetans take tea drinking to a level that borders on obsession. Downing up to 40 cups of the stuff each day, it’s this infatuation that quite literally served as a building block for the Tea Horse Road. After discovering it during the Tang Dynasty, Tibetans realized that the nutritional benefits created during pu’er tea’s aging and fermentation eased the deficiencies caused by their high-fat, dairy-based diet and the stress of living at high altitudes in extreme weather conditions. And so, demand for the beverage skyrocketed. However, no ordinary tea will do. Instead, Tibetans enjoy a pu’er tea-based drink (some would argue soup) known as bod ja or butter tea. The tea is boiled for a least an hour before ultimately being churned together with a dollop of yak butter and a handful of salt and finished with a sprinkle of roasted barley flour known as tsampa. No visit to a Tibetan home is without an offering of butter tea. Etiquette dictates that your tea bowl is never empty, and so each sip is followed by pouring the concoction back to the brim.

For China, tea is much more than a beverage or a way to unwind at the end of a long day. It is a way of life – a vessel with which to view the world and honor centuries of tradition. For travelers to the Middle Kingdom, there is no better way to understand the vast array of cultures and deep history than through the unifying lens of tea.

Join us on our upcoming journey, Traversing the Ancient Tea Horse Road with Jeff Fuchs, and explore the roots of not just tea, but the ethnic minority groups that call Yunnan home – with a cup of Tibetan butter tea in hand.