AsiaTravel’s Alex Grieves recently interviewed Jeff Fuchs, the first westerner to traverse the historic Tea Horse Caravan Route, author of The Ancient Tea Horse Road: Travels with the Last of the Himalayan Muleteers, and AsiaTravel expert. The route, which spans from Nepal, through China’s Yunnan province, and finally into Tibet, has for centuries been mysterious to outsiders, at best, but is usually simply unknown.

Fuchs explains his collaboration with AsiaTravel on the series of unique, once-in-a-lifetime journeys on the Road; why this route is profoundly important, historically and culturally; and how Himalayan nomads may be the key to understanding climate change. 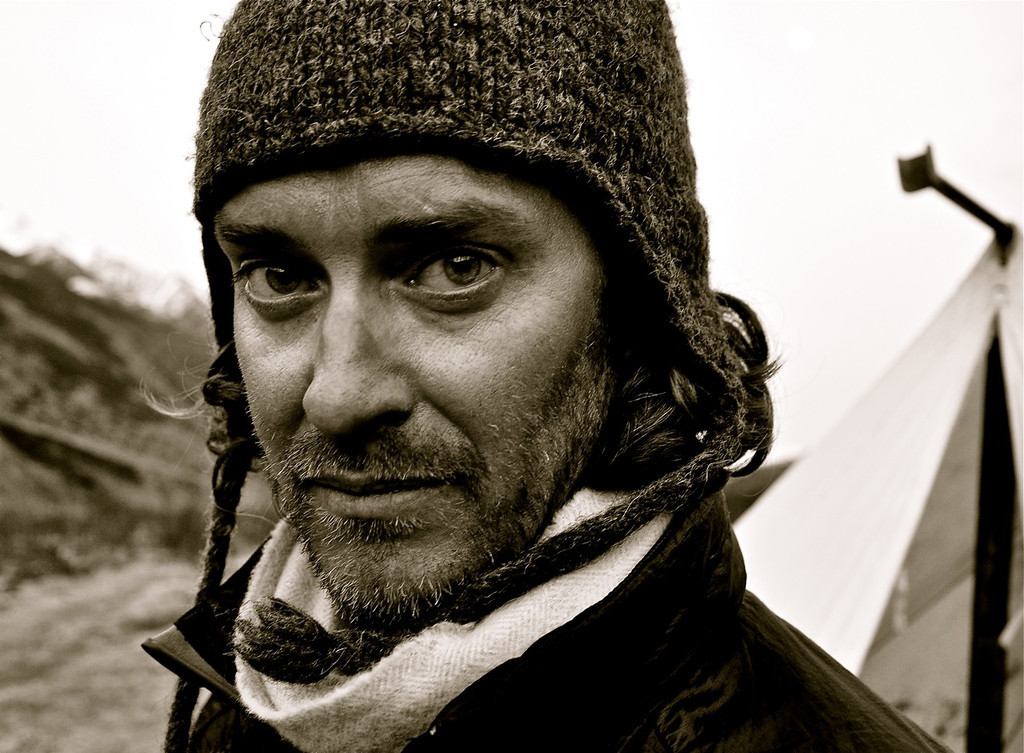 WCT: How and why did your interest in the Tea Horse Caravan Trail develop?

JF: I have always been an avid climber. In 2003, I went on an expedition with a Tibetan guide, Dakpa, from Yunnan who told me about his interest in and passion for the Tea Horse Road, which he knew by another name. Over the next year, we made the pact that we would travel it together. Initially, we found very little written documentation on the route. After completing more research, we realized that its significance likely surpassed that of the Silk Road. The Road linked Tibet to the Middle East and Persia, and within Tibetan tribes one can find Persian DNA as a result. Researching this route opened up new opportunities for me: after demonstrating the importance of the route, I also received a deal from Penguin Books and published a book on the Road, which was great for acknowledging and publicizing the importance of the route. I also later did consulting for National Geographic. The Road also further developed personal interests, primarily mountain climbing and tea.

WCT: Why is the Ancient Tea and Horse Caravan Road such an important route? What do people need to know about the culture and history surrounding this route?

JF: To know the significance of the Road is to understand the importance of tea to Chinese culture and by extension, Asia and the world as well. The origins of tea go back 2,000 years, to the base origins of ancient Chinese tea trees. Minority tribes worshiped tree forests; they had a very tangible identity in the lives of these people. At this time, money lacked any value – the currency of choice was tea.

As such, tea was the main export from Yunnan, which kept dynasties attempting to take over at bay, since the desire for tea was so incredibly strong. Tea was used as an herbal curative element, so it was incredibly important to all, regardless of which dynasty or power with which you were allied. Thus, the route was truly integral to people during the peak of its use.

Travelers to China need to experience the Road to see what one route could do for so many lives, communities, businesses, and alliances. Travelers just don’t see these regions, or these stories, on an average trip. The history, stories and challenges of the Road enable those who travel it to see something real. 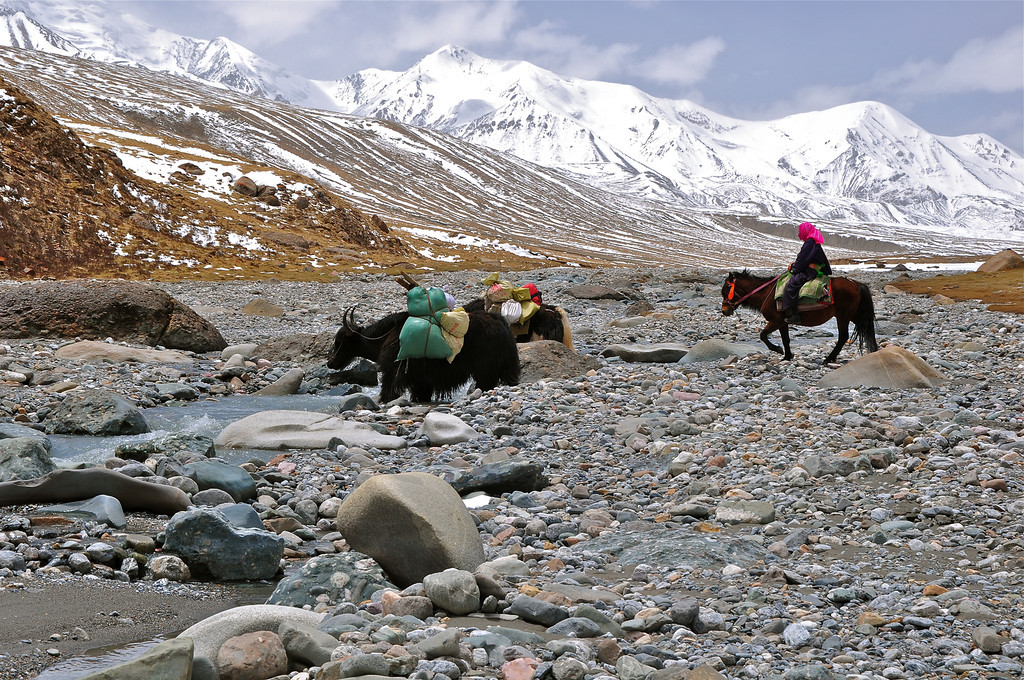 WCT: Where did your interest in tea come from?

JF: Tea has always been part of my home life. When I was growing up in Switzerland, my father of Hungarian origins was always experimenting with foods and was a tea lover. He had me drinking Japanese and Taiwanese tea from the age of 12. When I moved to Taiwan in 1999, I became completely obsessed with tea, and began doing advertising and promotional work for a tea company to learn more about it. Later I discovered Banna [Yunnan] and Pu’er [also from Yunnan] tea. I’ve collected teapots and teas for quite some time now, and have expanded my collection to Oolong and other Green teas as well.

WCT: What were the challenges of this route? Surprises? Rewarding aspects?

JF: This route was full of surprises and unexpected challenges, and it was surely an incredible, life-changing experience.

I expected spectacular geography. What I didn’t expect was to discover the profound importance of the route, its legendary impact on cultures that developed alongside it, and how it functioned regularly from the 7th century until the 1950s.

The truly surprising aspect of the trip was the daily combination of intense, breathtaking beauty and imminent danger and hardship. Portions of the route were so simple and untouched, and also so treacherous – I couldn’t believe how arduous the trek must have been for mules carrying tea. Even in May and June, we often walked through meters of snow, so one can imagine how difficult it must have been for the tea horses. The physical danger of the journey was also unexpected. I’ve climbed all my life, but the daily beauty coupled with danger that I encountered on this trip was in a league of its own.

The journey was 5,000 kilometers, and took us 8 months in total. During these 8 months, there were many difficult times. We trekked through the Himalayas during a blizzard in June. We almost lost the youngest member of our group when he slipped and slid down a glacier, and just barely survived with enough friction from his equipment and clothing to stop him from falling to his death. We ended up with severe frostbite and skin problems. We almost lost another group member in a blizzard with 6-feet visibility to a snow tunnel in a crevasse, since we didn’t hear or see him fall. These hardships brought to light the physical dimension of the route, and made us realize how many lives must have been lost over 1,300 years of history.

The true beauty of the route, however, lies in the way in which it linked and unified people through common need – the need for tea. Despite strife and wars, trade never stopped along the route. It kept relationships open and communities sustained. Tea was the unifying element, and without it, the route would not have been as crucial, and would probably not still exist for us to explore.

WCT: It seems that you’ve traveled everywhere throughout your life. Why China, and why China now?

JF: I’ve lived in Yunnan since 2005. For me, China has always represented a mass of information that is only partially understood by the West. There is so much that isn’t promoted and isn’t known, and that doesn’t fall into the stereotypes of how China is perceived. China really has a bit of everything. It’s a massive geographical wonder; you can see every extreme, color and season here. Specifically, I have always been interested in the Himalayas. The eastern part of the range satisfies my passions for mountains and tea, so I am naturally drawn to the area.

It is important to remember that right now, China is continuously opening up and becoming increasing accessible. As it opens up, we can peer in more and see the various faces of China that exist within the country.

WCT: You’ve also spent time documenting a nomadic tribe at 5,000 meters in the Himalayas. Tell me more about that experience.

JF: My intention was to do story on a dying way of life, a cultural piece on nomadic culture and existence. For three weeks, I lived with a family in a community of 8 fierce Tibetan families who possessed Persian ancestry and DNA. These khampa, or eastern Tibetan, nomads are the most traveled of Tibetans.

In the middle of nowhere at 4,800 meters, I experienced every aspect of their lives: their daily rituals, strife, meals, their relationship to nature, everything. At that time, I only spoke minimal Tibetan, and very little in their own dialect. When you live at almost 5 kilometers in the sky, completely isolated, your life revolves around preset rituals. There is no technology; you are completely cut of from the trivia of modern life, and anything that isn’t crucial.

It was difficult at first – it took me a week and a half to get into the rhythm of this life – but it was one of the best experiences of my life. While it is a world of stress and hard work, it is also one of incredible joy. Relationships are very well defined according to natural elements because everything in their life has to do with the weather, including one’s health and the health of one’s yaks.

These nomads are such an enigma because they have chosen to remain so isolated. For this reason, they are, in fact, the true global warming experts. They don’t have terms for these environmental problems as we do, but they know and feel it because of their innate sense of nature. Their intuition allows them to know this. Before we created these terms to frame these issues, they talked about and felt these changes. Their oral histories tell stories of the landscapes as accurately as any historian would.

My experience with the nomads goes to show how important it is to understand people who live on and with the land – regardless of where they are from – and how their perspective can shed light on the state of affairs.

Travel along the Tea and Horse Road with Jeff.