The city of Harbin, in northeast China, is well-known for its frosty weather come winter. Temperatures drop as low as  -40 °C (-40 °F) and thick snow covers the ground for months on end. But all that snow and ice doesn’t go to waste, the city is home to the world’s largest ice and snow festival.

If you’re looking to keep your spirits warm this winter, bundle up and get to know the Harbin Ice and Snow Festival with our insider’s guide. 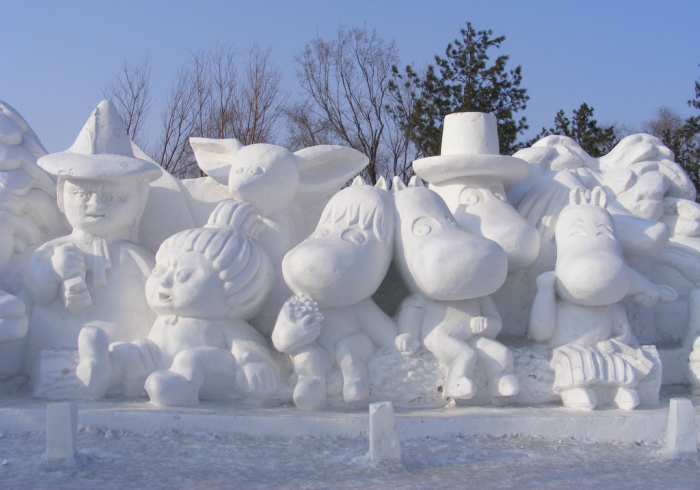 The festival first began back in 1963 and has grown to be the largest of its kind. At the events, you’ll not only find artists from around China, but also from around the world. Witness these artisans working by hand to craft delicate figurines of snow. In the same vicinity, you can enjoy walking through a small town made entirely of ice. The ice is hauled up by over ten thousand workers from the nearby frozen river, and used to build sculptures that can be up to 35 meters tall! 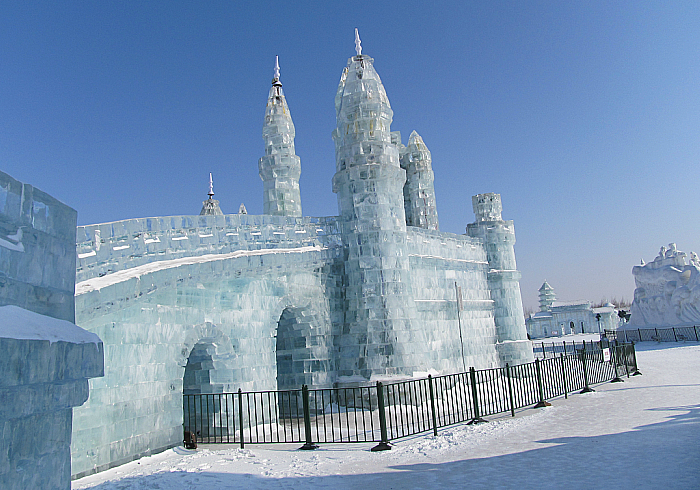 Speaking of the river, have you ever wanted to skate in a giant, outdoor snowtopia? This is the perfect chance, as the river freezes solid enough to allow visitors and locals to skate together on the surface. Yes, it’s the same river that they take the ice from, but there’s nothing to fear: the river runs nearly 2000 km long, and has an average ice thickness of up to one meter. 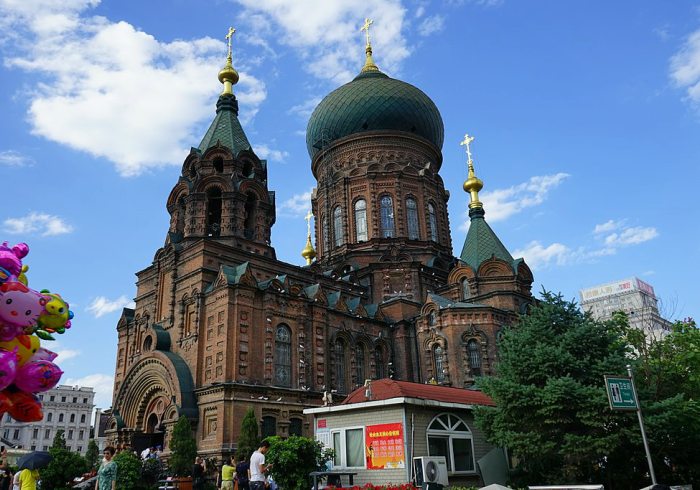 Harbin was the eastern terminus of the Trans-Siberian Railroad (the China Eastern Railway) and many Russians settled in the area after working on the railway’s construction. One site that marks a collective history between the two countries is St. Sophia’s Cathedral, a former Russian Orthodox church, and a staple of local culture. 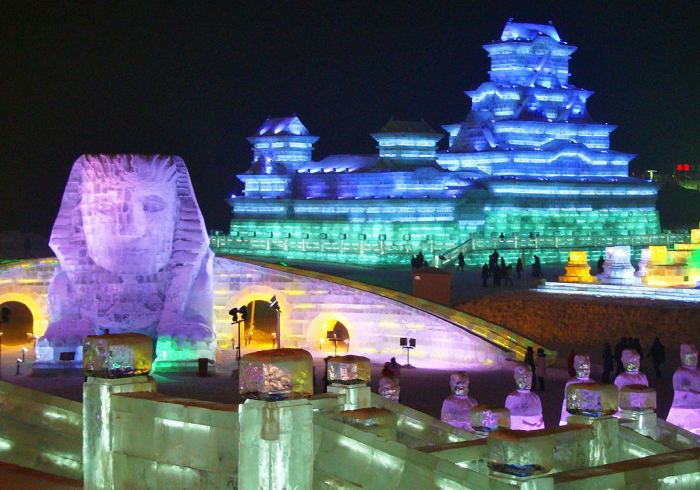 Given that the nights will be longer than the day at this time of the year, Harbin accommodates by having wonderful light scenes playing upon massive ice sculptures. Bundle up, grab some hot tea, and enjoy the light show with a loved one. 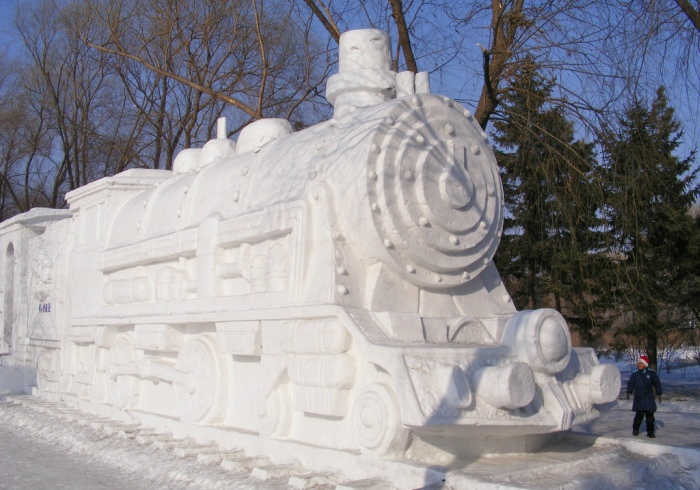 After enjoying all the ice and snow, take some time to wander through the Russian-Sino market. At this multicultural market, you can find signature Russian wares such as vodka, Russian dolls, and fur hats mixed with Chinese goods. As you walk between the stalls, your AsiaTravel guide can help you barter for treasures like a true Harbiner, and afterwards you can cozy up with some steaming hot Russian-style food!

Harbin is just a 2-hour flight from Beijing and the Ice and Snow Festival lasts most of winter, usually from late December until mid-February. On a AsiaTravel Harbin tour, we’ll arrange a private vehicle and chauffeur to be at your disposal and organize a local English-speaking guide to accompany you. They’ll help you discover the main sights and then encourage you to dive deeper into the history and culture of this fascinating Chinese city.