AsiaTravel recently embarked on a series of initiatives to improve local practices in rural areas in southwest China. This is the second of a three part series examining efforts to improve life for those in rural areas and the technologies that enable a better standard of living.

At the upper reaches of the Minjiang river and the edge of the Tibetan plateau sits Shenxi village, the remote home to a group of Chinese villagers. Shenxi village, an hour hike from the nearest paved road, seems a world apart from the rest of civilization. However, the activities of this town profoundly influence the rest of Sichuan province and surrounding areas. Shenxi village sits atop the Sichuan water basin, which stores water runoff from the Himalayas and supplies vital water to Sichuan and regions downriver.

Water cleanliness is a persistent issue for China’s water lifelines that carry snowmelt from the Himalayas eastward to the Pacific Ocean, from which one quarter of China’s population drinks contaminated water every day, according to the United Nations (PDF). These issues with water cleanliness are often the result of unsanitary conditions and practices in human settlements that border major rivers. 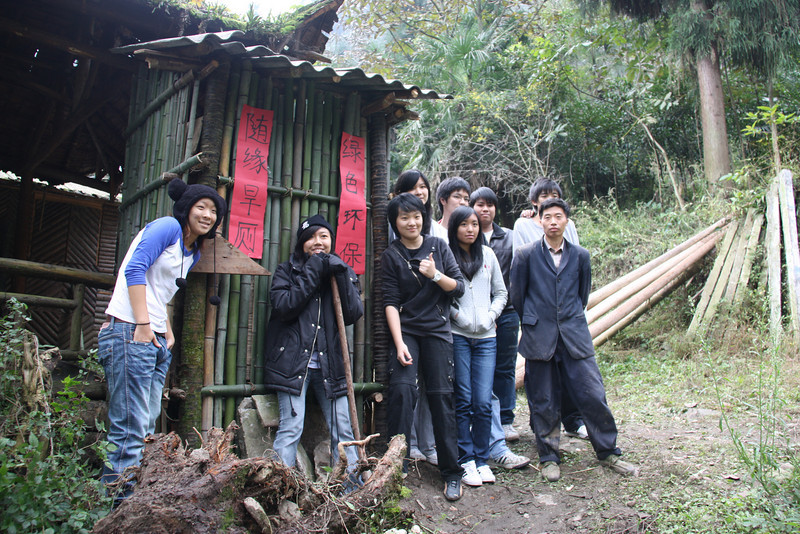 Students and Villager in front of completed toilet

Seperated by only a mountain from the epicenter of last year’s earthquake, Shenxi village was devastated by the damage it inflicted. Aside from the toll on human life, many of the buildings in Shenxi collapsed outright and those still standing suffered heavy damage. Villagers who returned to Shenxi village after the earthquake rebuilt their homes with the limited resources available, and the result was a village that lacked adequate sanitation. AsiaTravel recently completed a three day project building bio-friendly toilets in this area.

Working with WildGrass, an NGO dedicated to providing sanitary living conditions in earthquake stricken areas of Sichuan, AsiaTravel sent a group of high school students to Shenxi village. The students hiked into Shenxi, where the winding mountain road is still in disrepair from the earthquake and certain stretches have disappeared altogether. The students worked together with locals and AsiaTravel staff to build six waterless latrines with self-sterilizing technology for the village.

WildGrass incorporates new technology into their waterless toilets. The toilets are built from bamboo and locally recycled materials, and use underground fermentation with ash from local plants to sterilize the waste.  The byproducts are then used as crop bio-fertilizers. These toilets save nearby rivers and the waterbed from waste pollution. Moreover, the toilets provide a resource to the local farmers, who can economize on locally purchased fertilizer. WildGrass is in the process of building these toilets in earthquake ravaged areas of Sichuan. 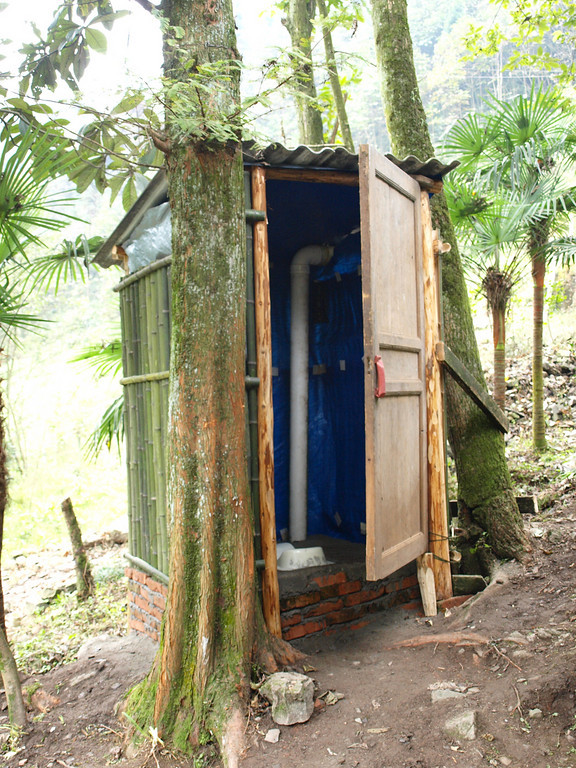 After the project, one of the villagers for whom the students had built a toilet cooked a meal for the students as a show of gratitude. AsiaTravel has another trip planned for a group of students to return to that area in early November.