Hangzhou and Suzhou are heavenly paradises in the south of China. But what should you choose if you only can visit one of these majestic cities?

Within China, there are many famous cities that nearly every citizen knows about. Two of these are Hangzhou and Suzhou, both of which are located within a stone’s throw of Shanghai… well, by Chinese standards at least. When you ask people about these two cities, they may tell you without irony that they are “paradise on Earth.” However, this may not be entirely their personal opinion, but could be referring to the adage “Heaven is above; Hangzhou and Suzhou are below”.

Whatever the case, if you find yourself in Shanghai and only have limited time to choose between the two cities, here are some overviews of each.

As with nearly every major Chinese city, it’s ancient. Yes, it’s stood the test of time, and is found at the southern end of the Grand Canal with a lake at its center. The surrounding area has many hills, fulfilling the Chinese aesthetic ideal of shanshui which is the connection between water and mountains. Marco Polo even called it “the finest and noblest (city) in the world.” Quite a recommendation.

The lake in the middle of town, West Lake, is well known in China because many famous artists throughout history have depicted it in their works. Both because of its convenient location and its fame, we suggest everyone who visits Hangzhou to have a stop near the lake. 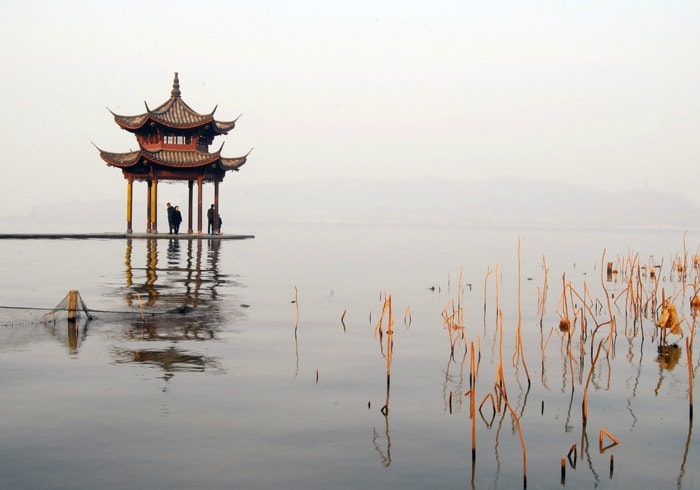 Another facet of the city that you may want to check out is its Longjing tea, which literally translates to “Dragon Well” tea. It is the only place in all of China that produces this particular variety of green tea. If you so choose, AsiaTravel can also arrange for you to visit a plantation where you will learn all about this particular varietal, and even have the opportunity to pick your own tea straight from the plant. 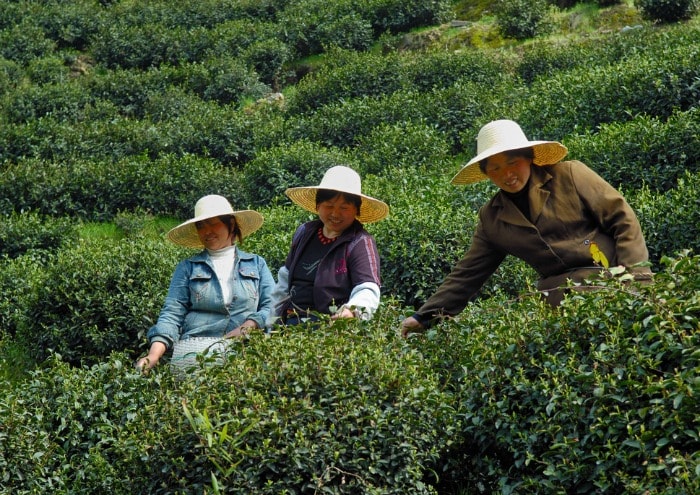 Finally, there’s the Lingyin Temple. Destroyed a total of 16 times since 326 AD, it has been built (and rebuilt) 17 times in total. Any place that people are this dedicated to likely has something of value to offer. Its other name is the “Temple of the Soul’s Retreat,” coming from the peaceful forest that surrounds the temple. A highlight of this particular temple is the Buddhas carved into the rocks on the side of a nearby cliff.

Of course, there are other things for you to discover, but we don’t want to ruin the surprise and sense of adventure of finding them for yourself!

Suzhou is also ancient. However, what makes it strikingly different is the series of canals, giving it the nickname the Venice of China. Dating back to 514 BCE, Suzhou has long been a city based on trade, benefitting from the cosmopolitan atmosphere which attracted merchants and educated people to support the arts and commission private gardens which still remain to this day.

It is these things for which Suzhou is still known for today: it’s calm, majestic canals, and its famous classical gardens.

Since the canals are more fun to explore on foot and experience in person than they are on the page, we’re going to focus on the famous gardens. 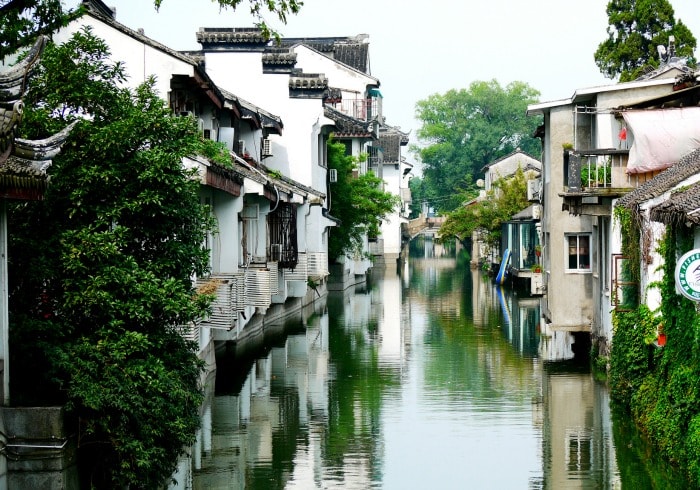 The Humble Administrator’s Garden is one of the most famous and is known for being made by a shamed historical figure who had gotten into hot water for openly criticizing the then-Emperor. Unfortunately, it typically overflows with people, particularly in peak seasons.

We prefer Tiger Hill Garden which is said to demarcate the burial location of the founder of Suzhou. It’s a little bit off the typical tourist path, so it is usually less crowded.

Finally, we also highly recommend the Master of Nets Garden. Its layout is masterfully done to make the relatively small area appear much larger through the creative use of walls and water. It’s also a UNESCO Cultural World Heritage Site. 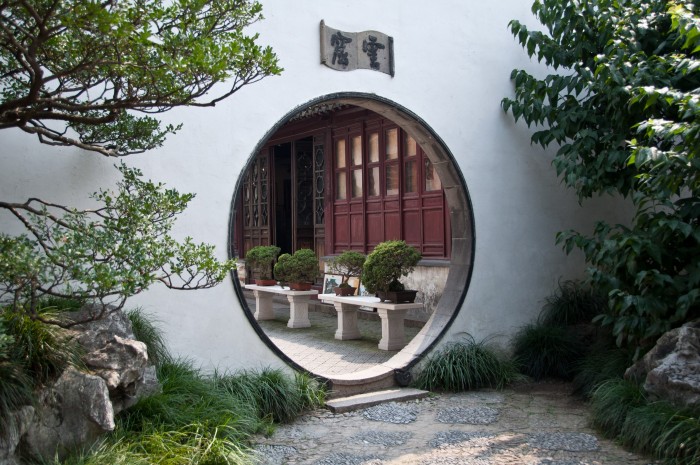 Master of Nets Garden in Suzhou

If you’re in Shanghai and finding it hard to choose and you want to squeeze them both into the smallest time possible, might we suggest the following: arrive in Hangzhou in the afternoon or evening, stay overnight, and spend one day exploring the city. Then, travel the same night or the following morning to Suzhou by high-speed rail, enjoy Suzhou, and head back to Shanghai in time for nightfall.

The whole thing takes about 48 hours and can be quite a rush, but if you plan it well, you should be able to see most of what we described.

One thing is certain – both cities will be striking, memorable experiences, and we highly encourage you to venture through both if you have the time. However, if you find yourself only able to visit the one, you’ll be left with something to look forward to the next time you visit.