Michael Zhao, of New York-based Asia Society’s CHINA GREEN, has produced another incredible video on environmental change in China and its societal and cultural implications for the Chinese people. AsiaTravel was happy to contribute photos for such a meaningful video. 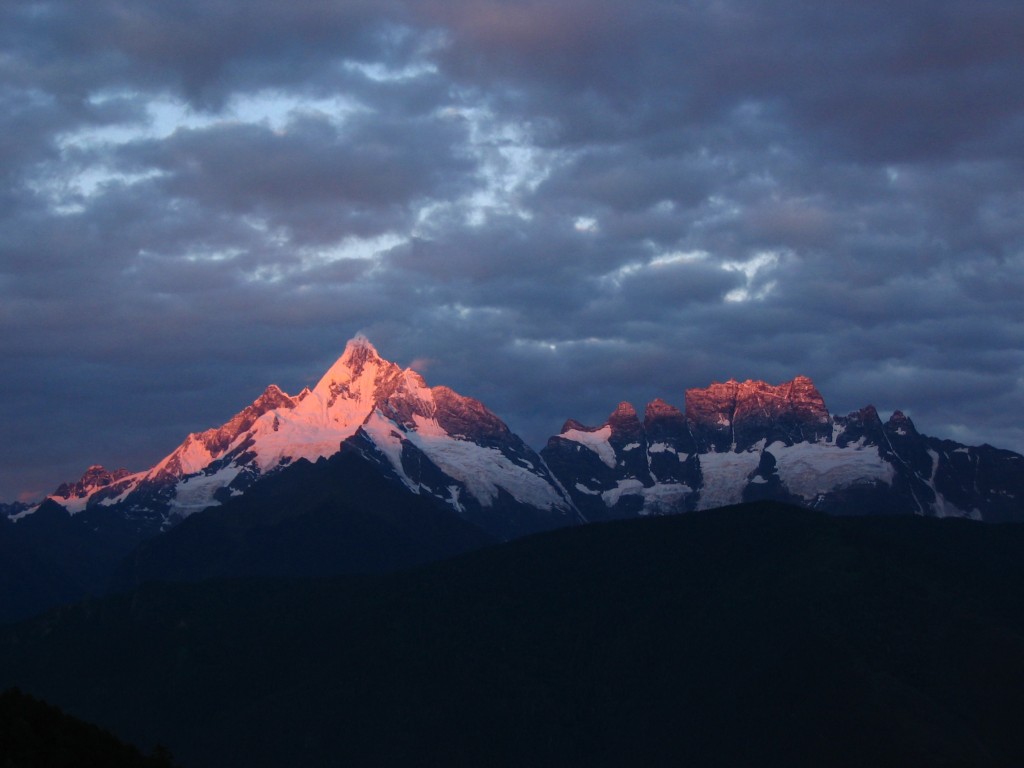 “Fading Shangri-La 失色中的香格里拉” highlights the rapid change of Mt. Khawa Karpo, or Meili Snow Mountain in Chinese, which is hailed as the most sacred mountain for Tibetans in Yunnan. The video is an important follow-up to Orville Schell’s (also of Asia Society) February 2010 article, “China’s Magic Melting Mountain,” about which we previously blogged.

Visually stunning and more relevant than ever, this video highlights the impending threat of a lost Tibetan religious figure, holy land, and spiritual community in Yunnan as Mt. Khawa Karpo’s glacial peaks continue to melt.

Mt Khawa Karpo, known by Chinese as Meili Snow Mountain, is among the most sacred mountains in the Tibetan world. It is here in the steep valleys that novelist James Hilton set his Lost Horizon, describing the utopian wonderland of Shangri-La where time stands still. Tibetans have long worshiped this holy mountain, regarded as one of the highest spiritual gods in this mountainous region of China.

Yet as the earth warms, glacier retreat and ice loss here over the last decade have reached alarming levels and the melting is only accelerating. As a result, locals worry that the soul of this holy land – their Shangri-La – is slipping away. With it, a supernatural source of blessing for their people and communities is feared to be disappearing.

Watch a trailer of the video here (and for the full version, go to CHINA GREEN’s website): Fading Shangri-la trailer on YouTube