My month of travel came to close with two more stops in northern Yunnan province: Lijiang and Zhongdian. Traveling with two French-speaking families, I had many “lost in translation” moments (bonjour, ça va and merci can only get you so far).

Fortunately, feeling the power of the local people, their surroundings and their spirituality was a shared experience that required few words. 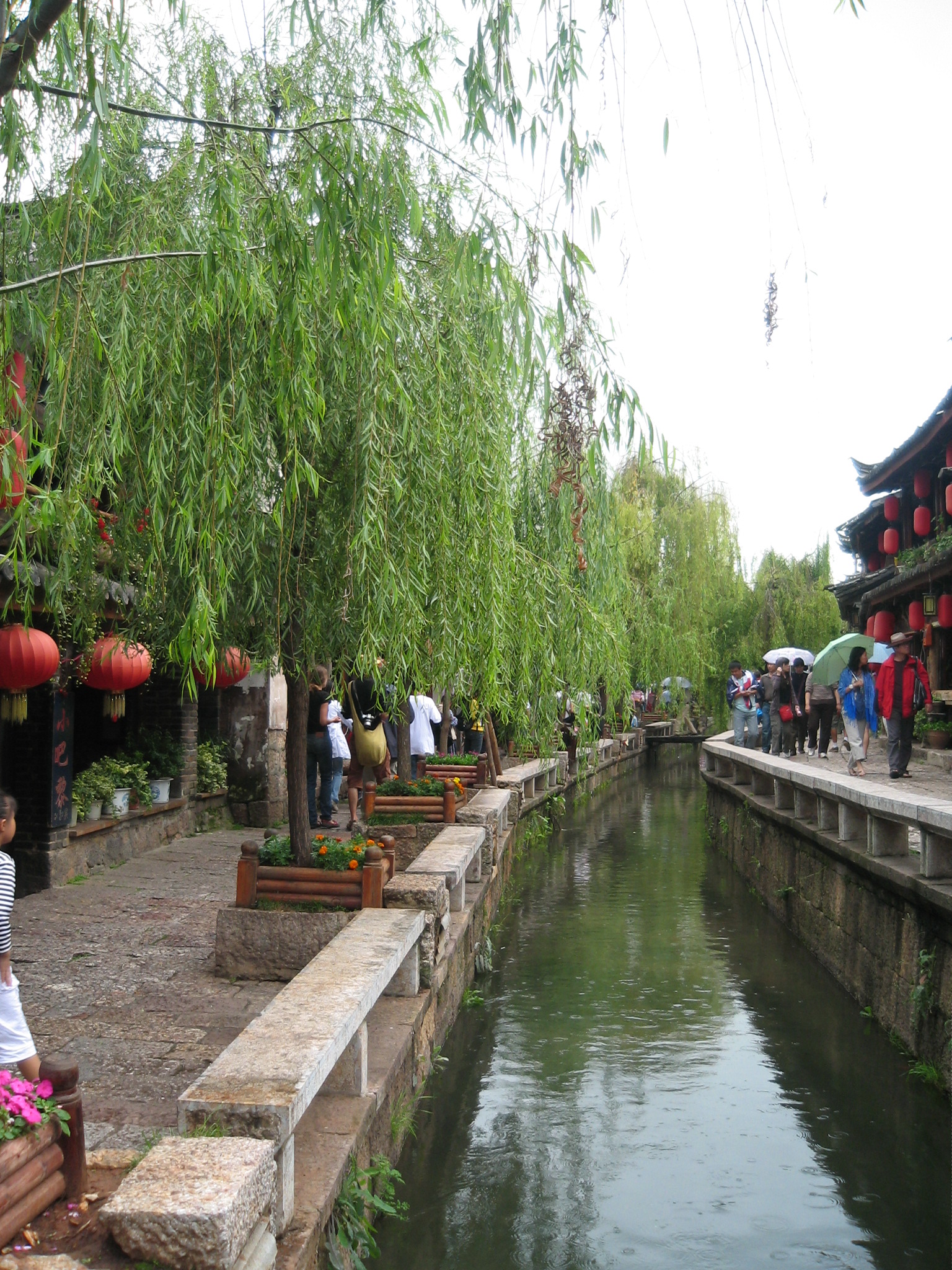 Our first stop was in Lijiang’s lovely Old Town, which was restored after a devastating 1996 earthquake. A UNESCO World Heritage Site, Lijiang is considered the “Venice of the East” as it features cobblestone alleyways, arched bridges, weeping willows and canals. Despite the rain, which seemed to be following me everywhere on this trip, we enjoyed our easy stroll through the town’s bustling market and shops. 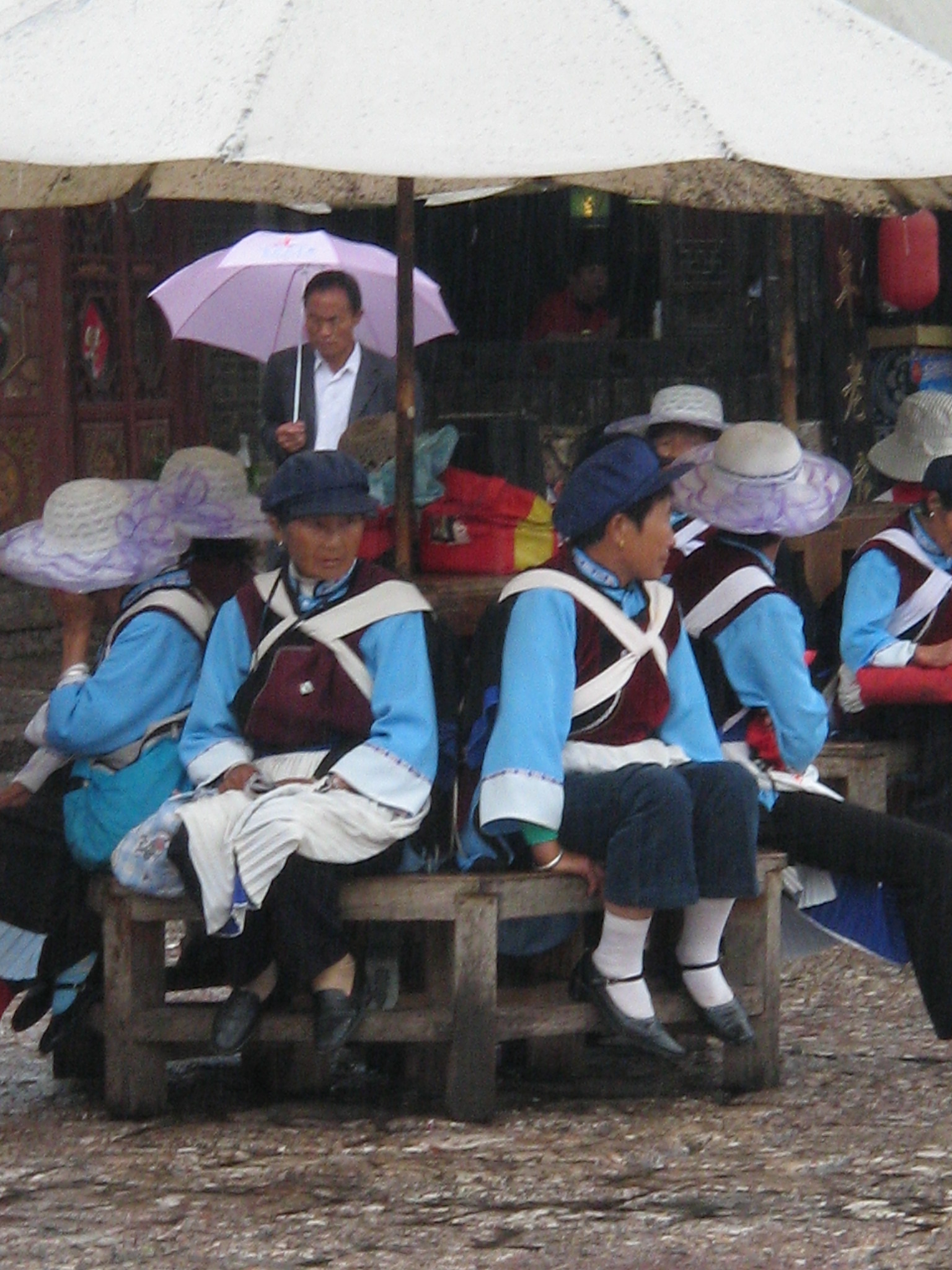 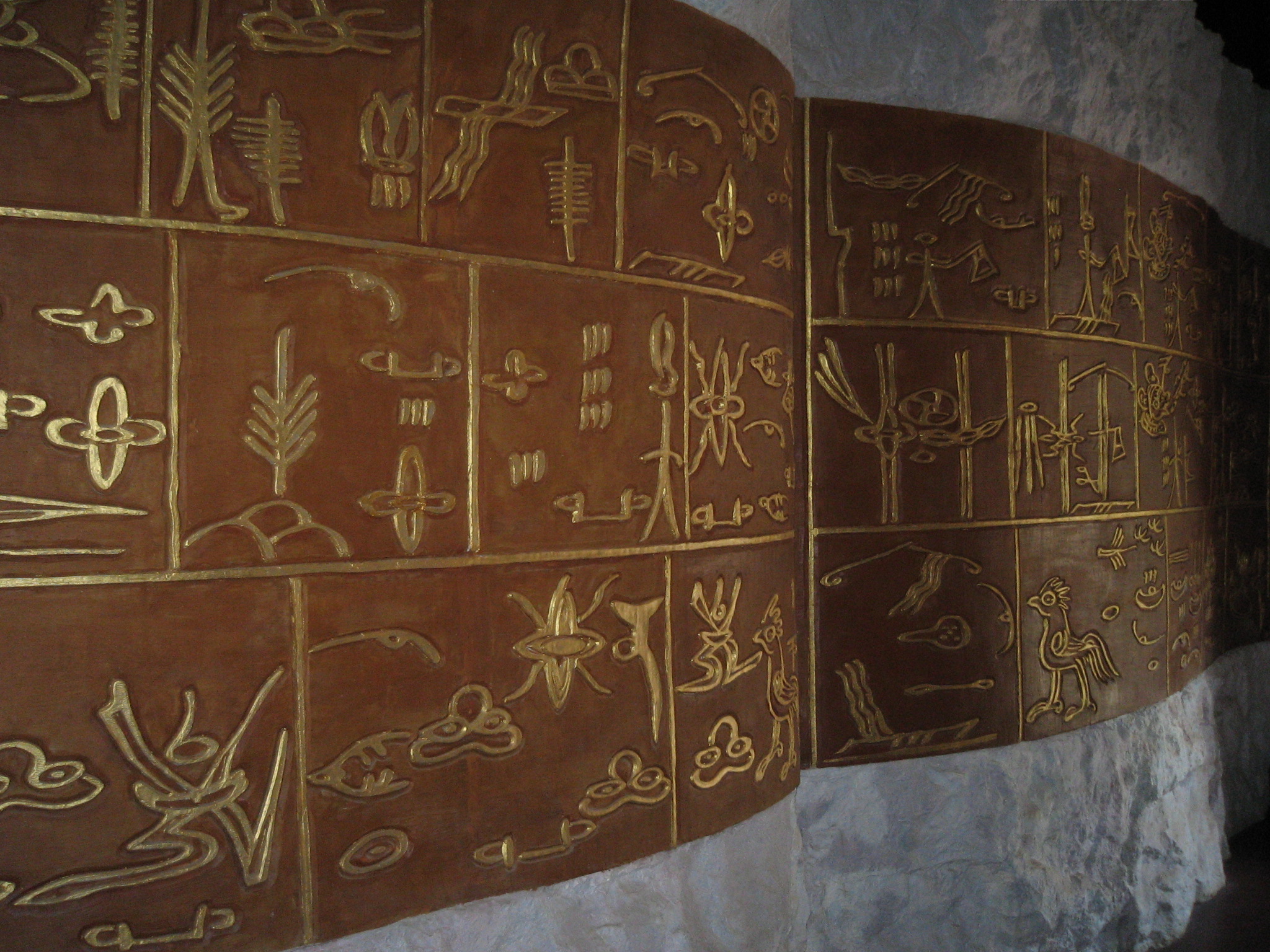 In Lijiang, we also had the chance to interact with the Naxi minority, a matriarchal group descended from Tibetan nomads. At the Museum of Naxi Culture, we learned about their script, Dongba, which consists of roughly 1,400 pictograms — the only hieroglyphic writing system still in use today.

Our dinner that night was truly special, as it was held at a local Naxi family’s courtyard house. The family, which has received such guests as the king of Norway, also hosted a group of local musicians to provide a private concert during the meal. I learned later that at least one member of the French group had tears in her eyes upon leaving the house — a true testament to the power of both music and warm hospitality. 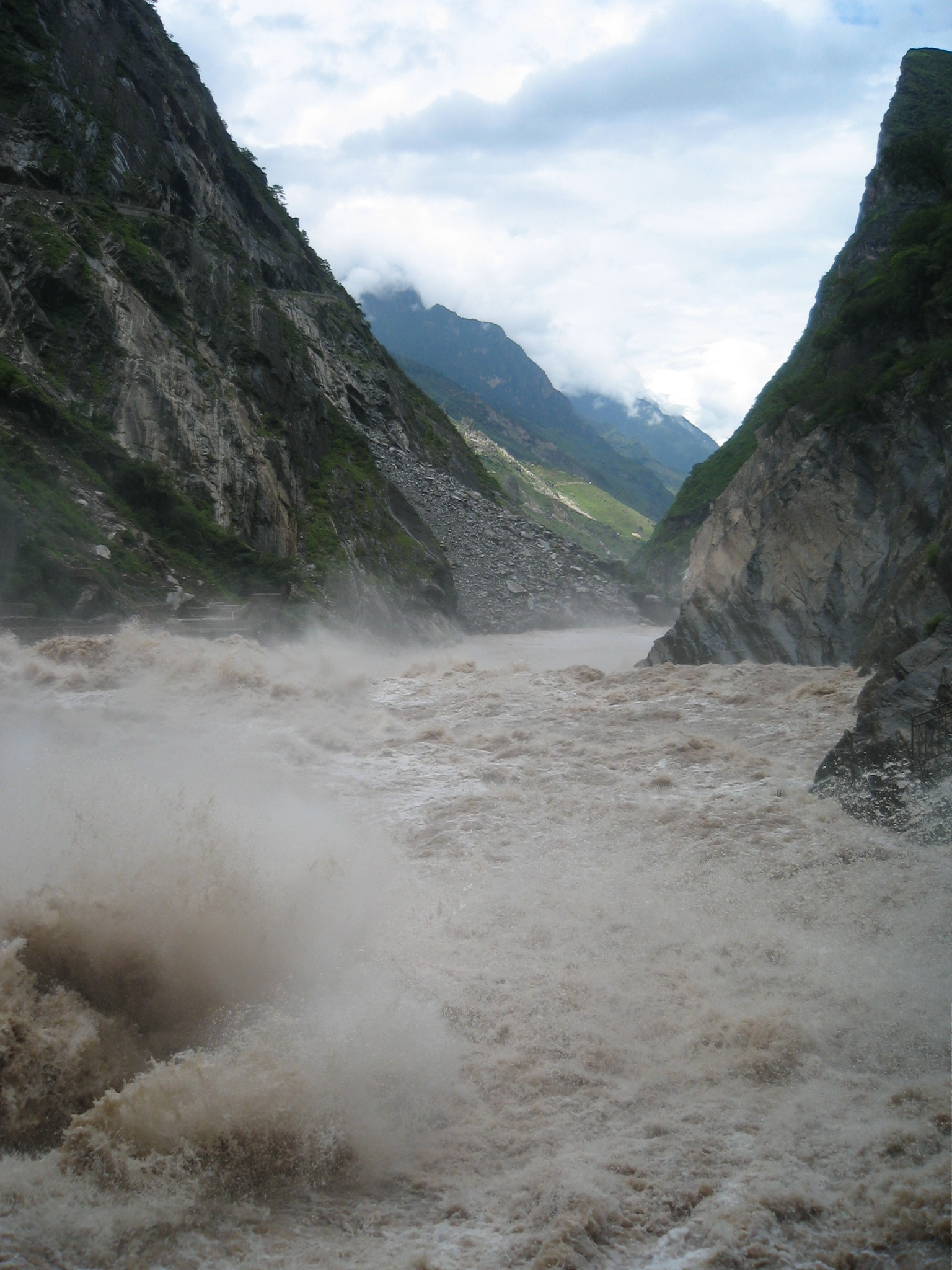 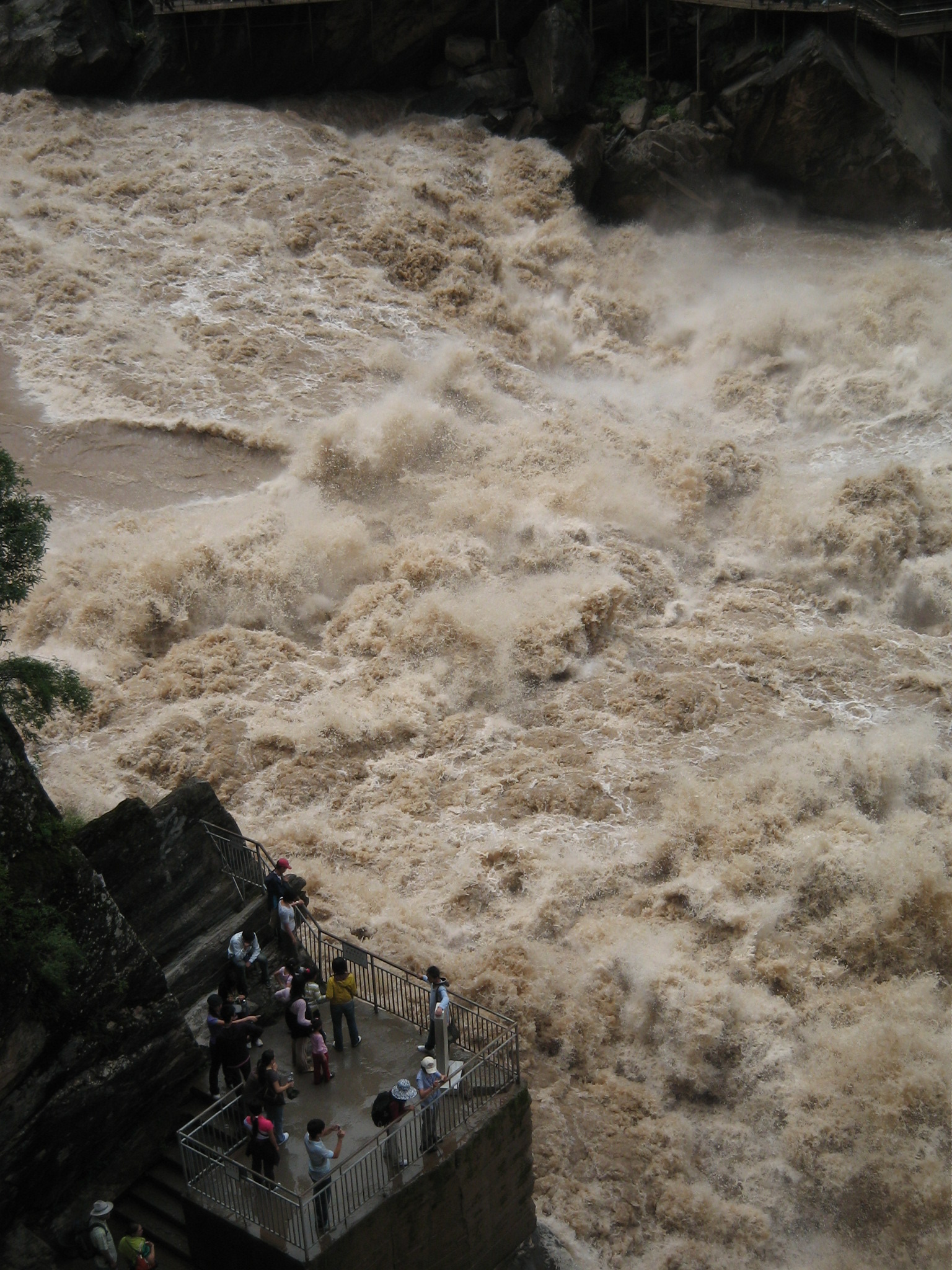 The following day, as we drove north toward Zhongdian, we stopped for an easy hike at the famous Tiger Leaping Gorge. One of the world’s deepest gorges, it is nestled between the Jade Dragon Snow Mountain and Haba Mountains. Featuring massive cliffs and Yangtze River rapids, the gorge supposedly received its name after a tiger eluded hunters by leaping it at its narrowest point.

Beyond the picturesque views, the sheer power of the roaring river was simply amazing. Click here for two very short, amateur videos. 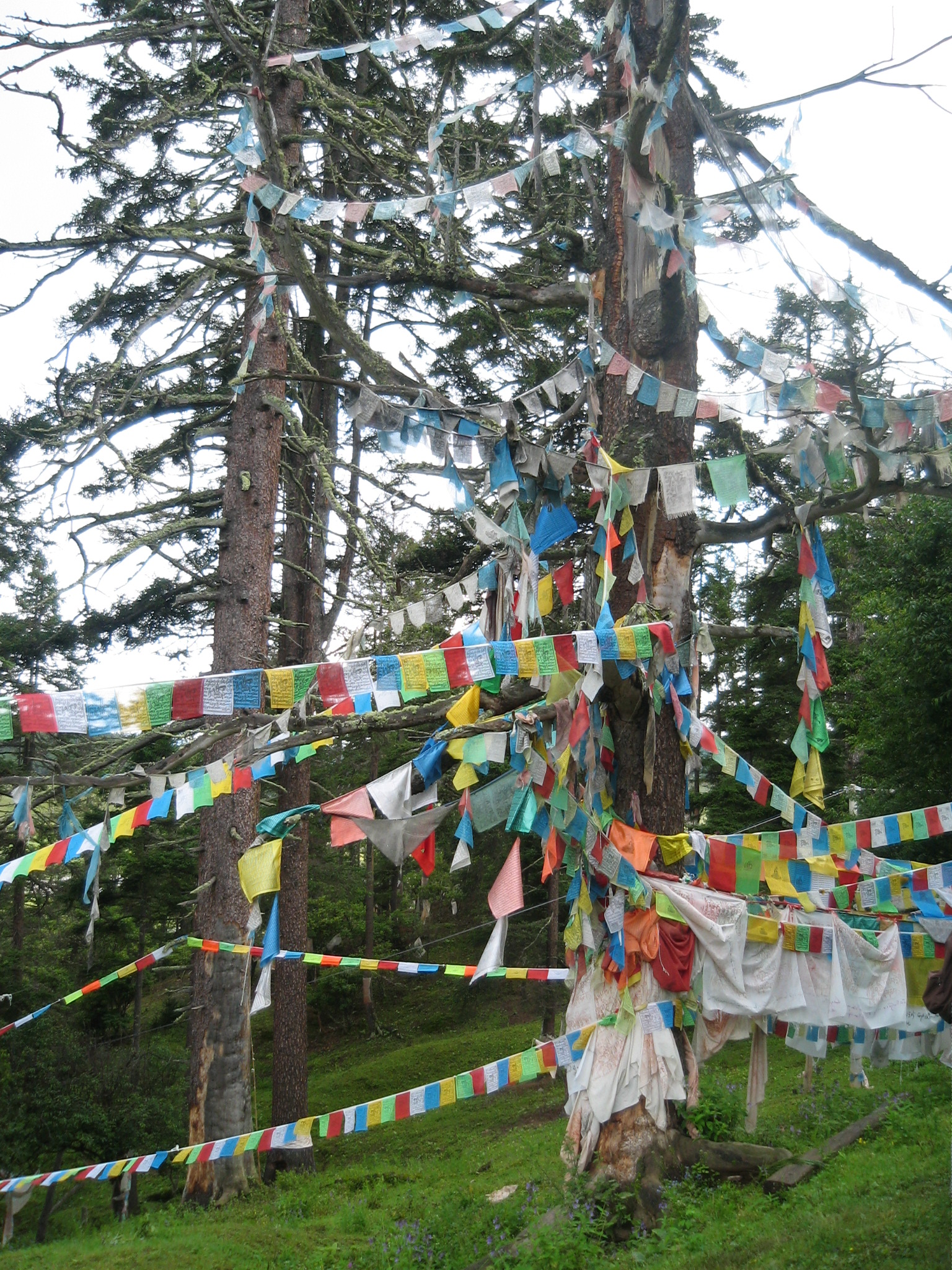 Finally, in Zhongdian, we spent a day exploring the small town’s Tibetan culture. Yunnan province lies just south of the Tibet-Qinghai plateau, and Zhongdian is a town near the Tibetan border area. Given that we were at an elevation of over 9,800 feet, we spent the mornings and evenings in jackets and slept at night with the heat on — a big change from the rest of my (sweaty) trip.

Several of our activities allowed us to experience the power of the area’s deep spirituality. Outside of the small Da Bao Temple, we came across rows upon rows of colorful Tibetan prayer flags draped across trees. Hoping to show respect and also improve our own karma, we draped our own prayer flags provided by our friendly guide, Huang. 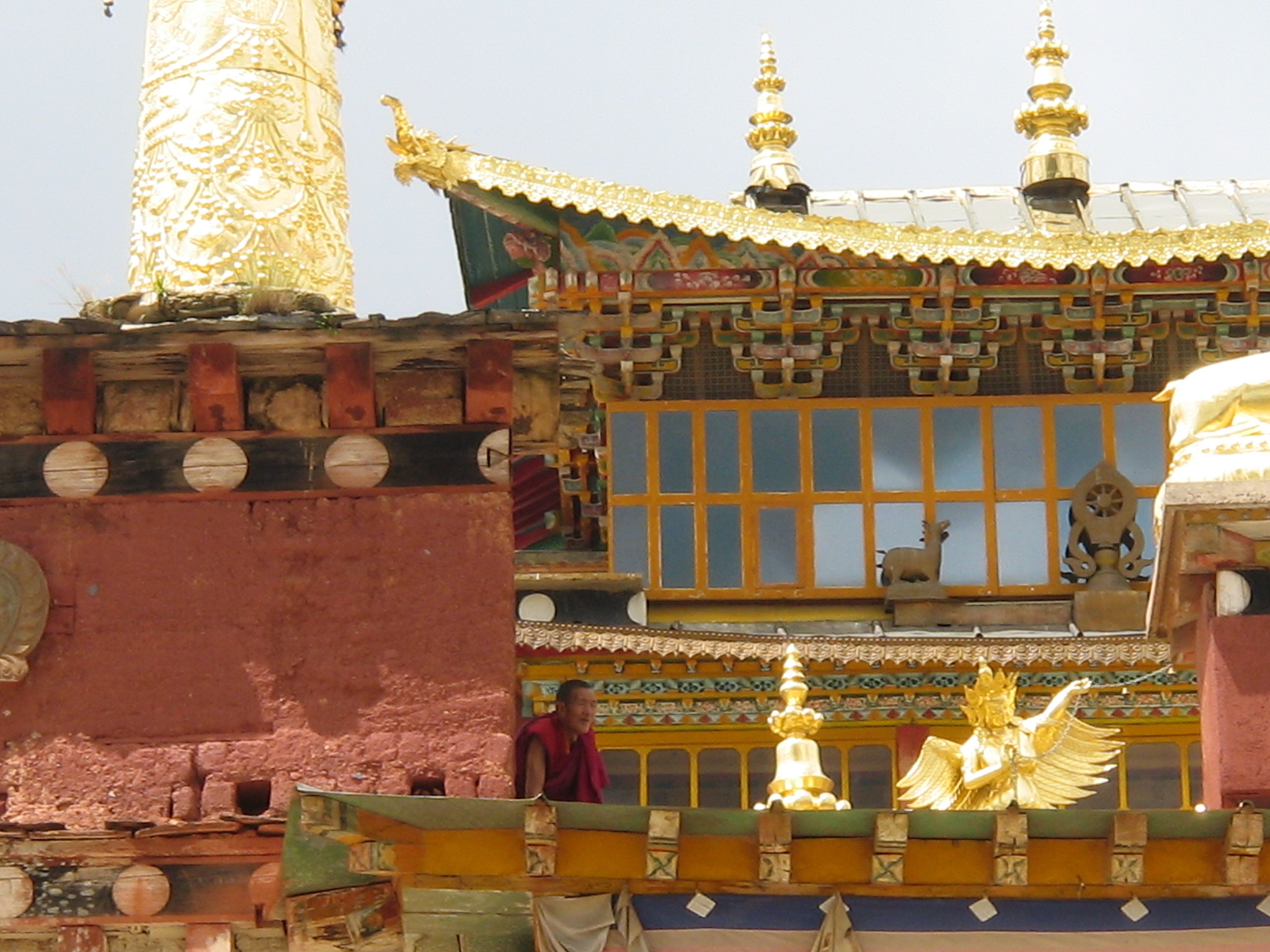 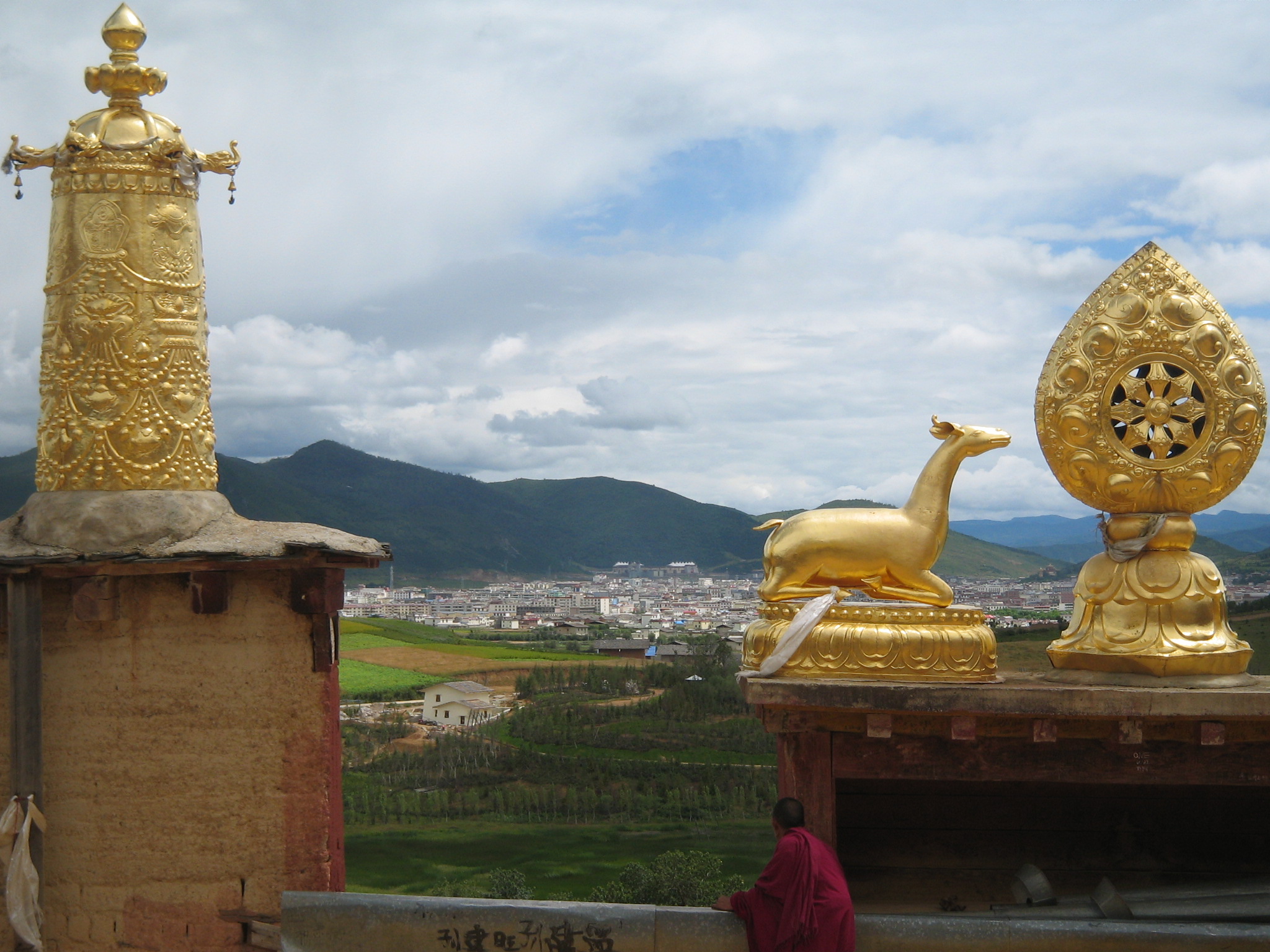 At Songzanlin Monastery, the largest Tibetan monastery in Yunnan, we had the chance to see monks chanting their prayers and burning incense. Built on a mountain hillside, Songzanlin’s main hall also offers stunning views over Zhongdian. From that vantage point, I can see why the town touts itself as the real “Shangri-la” of James Hilton’s famous 1933 novel, Lost Horizon.

And if you look closely in the pictures above, it appears that even the monk seems to be taken by the natural beauty around him.

Now that I am back in Beijing, I am filled with so many wonderful — and powerful — memories from my travels. And my Chinese has certainly improved. Too bad the same can’t be said for my French.