The following is an excerpt from “Trail Tribulations” by Paul Mooney, South China Morning Post 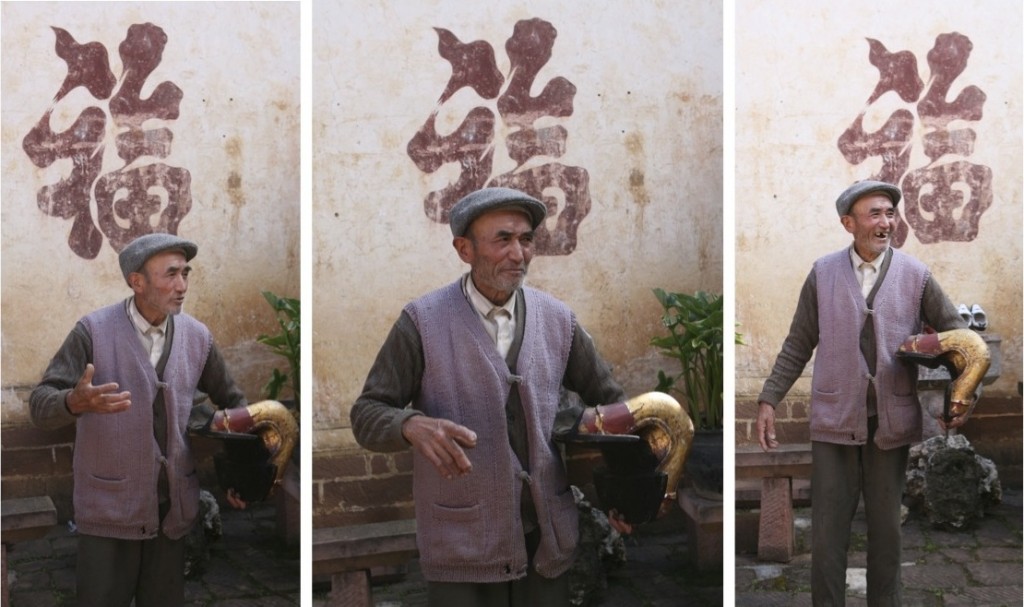 Ouyang Shangxian worked briefly on the trail. His classic Shaxi courtyard house is indicative of the wealth that people in the tea trade once enjoyed. At 70, Ouyang’s memory is fading and he struggles to remember details.

“Tibetans would sell Chinese herbs and yak hair on the square,” he says. “And they used the money to buy salt, which they took back to Tibet.”

Holding his father’s wooden horse saddle,Ouyang recalls muleteers staying at his home. “Most people who stayed here were friends and paid no money.”

Ouyang says his grandfather and father were also muleteers. It was a profession that took his father’s life, in 1947.

“My father went to Weishan, where he was killed by Bai and Han because he carried a lot of money,” he says.