A buzzing hub of energy, industry and innovation, Shanghai can be both exhilarating and exhausting, which is why it pays to stay in one of the city’s justifiably famous luxury hotels.
—

Famous for its roaring ‘20s jazz history, Shanghai today stands as one of the world’s most significant financial centers. As Shanghai grows in stature, more and more global brands are leaving their mark on the city, and finding new ways to deliver luxurious accommodation to their guests.

To help make your choice easier, here are a few of the best hotels on The Bund: 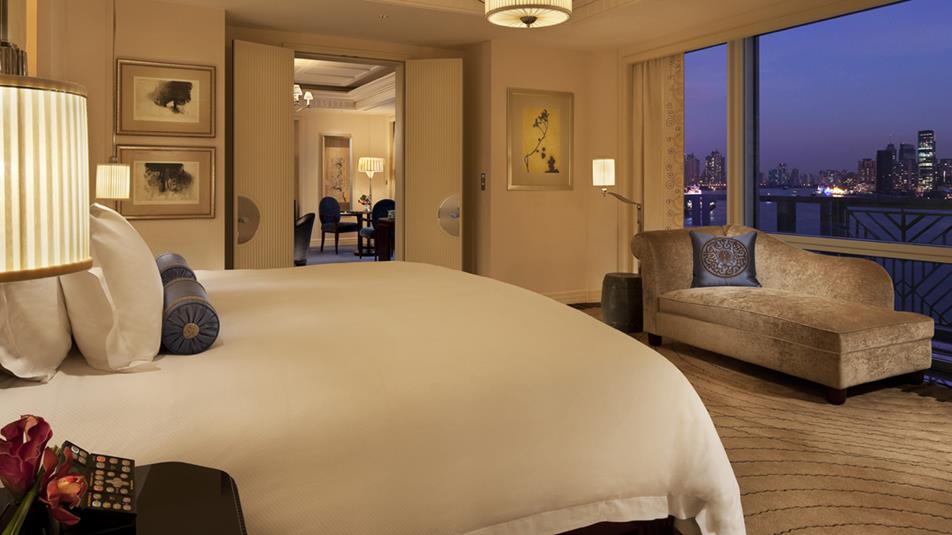 Style and glamour are the watchwords of the Peninsula Hotel’s Shanghai branch. The historic Peninsula hotel was the first new building to be built on the Bund in over seventy years. There hasn’t been new construction since 1932 when the Bank of China was completed.The beautiful colonial style building at the Bund was purposely built from the ground up to house the hotel. Guests will enjoy sweeping views of the iconic Pudong skyline and the Bund from both the rooms and the opulent rooftop bar. Since opening in 2009, The Peninsula Shanghai has gone from award to award, and was voted the Best City Hotel in Asia by readers of Travel + Leisure magazine in 2015.

At its beginning it was one of the first large skyscrapers built in the Eastern Hemisphere. After the Communist party came to power in 1949, the building was used by the Municipal Finance Committee. Much later, during the Cultural Revolution the hotel was used by the notorious Gang of Four as their headquarters.

The Old Jazz Band of the Hotel was also used as the basis for a movie, “As Time Goes By” a film by Uli Gaulke. After 3 years of renovations between 2007 and 2010, the modern Fairmont Peace Hotel was born.

Wanting to book your luxury retreat to Shanghai? Join our Chinese Treasures tour or Shanghai Highlife tour to get a firsthand taste of The Peninsula Hotel.